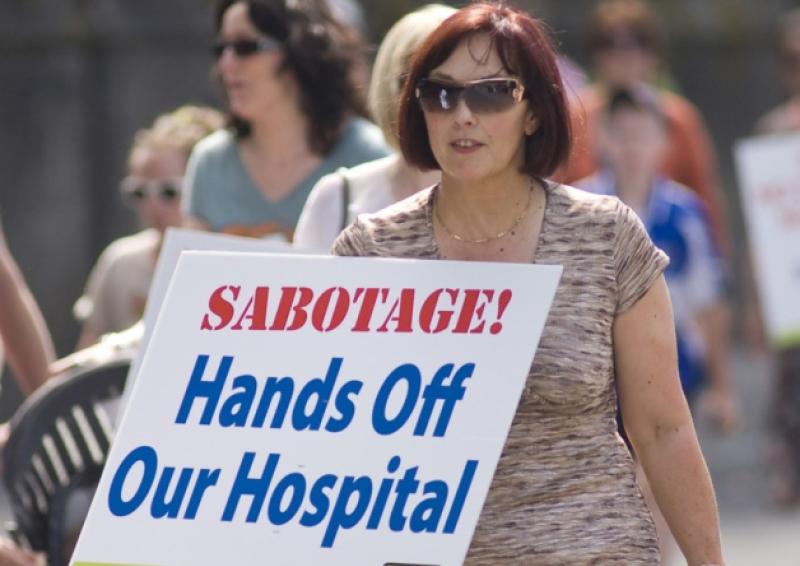 A senior Minster has claimed that the Government has 'no intention' of closing the A&E at Portlaoise hospital.

The Minister for Foreign Affairs Simon Coveney was answering questions from Laois TD, Brian Stanley in the Dáil in the wake of revelations that the HSE's hospital management team for Dublin and the Midlands wants to downgrade Portlaoise.

The Sinn Féin TD said Fine Gael had committed to the the 'priority' aim in the programme for Government to increase access to safe and timely care as close to the patients as possible.

"I will bring to his attention, that the emergency department in Portlaoise, which had almost 40,000 presentations last year is due to be closed according to this report (from the Dublin Midlands Hospital Group)," he said.

Dep Stanley said it is due to be discussed on Wednesday by its author, Dr Susan O'Reilly, with senior hospital managers in Dublin, Kildare, Laois and Offaly.

Under the plan there will be a mini downgrade in Naas General with all trauma patients diverted to Tallaght or elsewhere.

"I am pleading with you that the report goes into the shredder," he said.

The minister ruled out change.

"All I can say is the Government has absolutely no intention of the emergency department in Portlaoise to be closed," he said.

The Strategic Plan for hospitals in Dublin, Kildare, Offaly and Laois was leaked to Deputy Stanley. It includes plans for a 24/7 medical assessment unit and a 12 hour local injuries unit. These would replace 24/7 emergency care which would be focused in Tallaght and Tullamore hospitals.

The DMHG claim that there will be investment in both hospitals to cope with the extra demand from patients diverted from Portlaoise.

The Strategic Plan is linked to a completed plan on Portlaoise Hospital which was sent to the Minister for Health Simon Harris in late 2016. He told the Leinster Express that nothing is agreed in relation to Portlaoise.