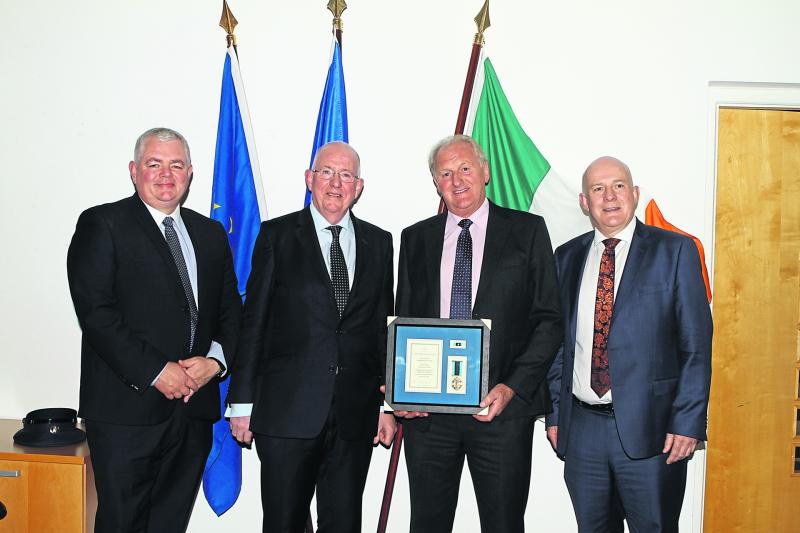 The boss of prisons in Portlaoise and the rest of the country has won a big international prison award.

Participants from over 80 countries are this 19th ICPA conference, hosted by the UK Prisons and Probation Service, the theme of which is “Innovation in Rehabilitation: Building Better Futures”.

A statement from the Department of Justice said that Mr Donnellan has overseen the implementation of Government policy in a number of areas. It said this includes a more "joined up approach to the management of offenders as reflected in the first Joint Strategy on Offender Management agreed between my Department, An Garda Síochána, the Probation Service and the Irish Prison Service that has been operating since September 2016.

He has also led the IPS in the improvement of the infrastructure of the prison estate, which has led to the near abolition of ‘slopping out’.

Other initiatives have led to a reduction in the number of prisoners on restricted regime and compliance with the UN “Mandela Rules” in relation to solitary confinement. The Minister also said Mr Donnellan has also been to the forefront in the introduction of rehabilitative initiatives in conjunction with the Probation Service, the aim of which is to protect the public and make Irish society safer.

“To be chosen for this award by a worldwide organisation reflects very well not just on Michael Donnellan himself but on the Irish Prison Service as a whole. This recognition of Michael’s leadership of the IPS is well deserved," he said.

The International Corrections and Prisons Association is a not-for-profit association for prison professionals, based in Beernem, Belgium.

The ICPA’s annual conference is the largest international gathering of correctional professionals and practitioners of its kind, attracting in the region of 760 attendees from over 80 countries with representatives from all continents.