Adding fuel to the fire: Portlaoise community build bonfire bigger than ever 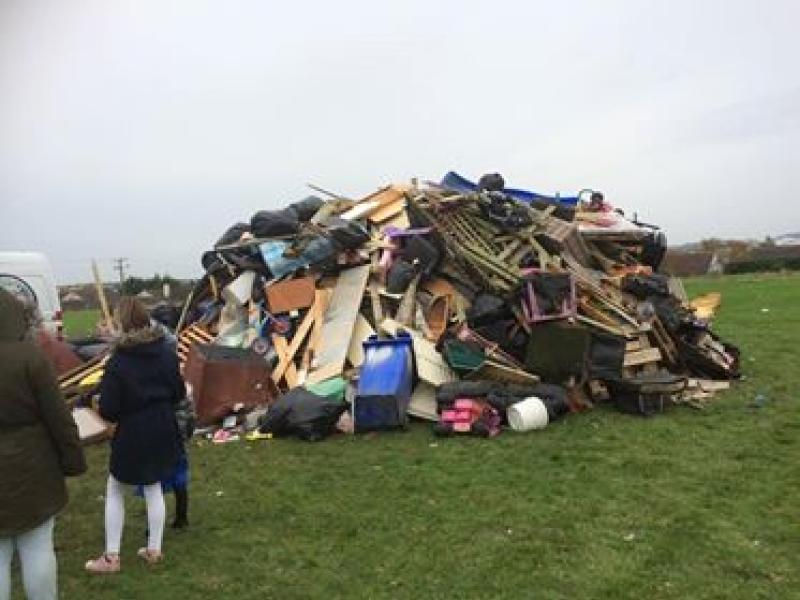 Adding fuel to the fire: Portlaoise community build bonfire bigger than ever. Picture by Louise Smith.

A huge bonfire in St. Brigid's Place, Portlaoise was set on fire a day before Halloween ruining the community's tradition of gathering together for the festivities every year.

The community have responded by coming together and rebuilding their bonfire to twice the size it originally was. People of all ages worked all day from early on Tuesday morning to organise rebuilding the fire.

Children had spent up to two weeks knocking on doors looking for material for the bonfire which was big when it was lit early on Monday, but now it is even bigger than ever after the last minute race for more material to build it back up.

Thanks to Louise Smith who sent us this picture of the bonfire at 3pm on Tuesday, October 31. 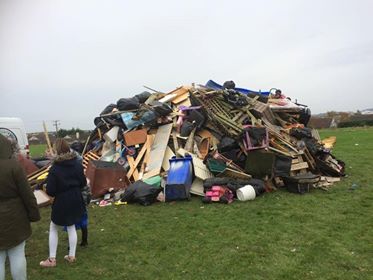 Louise told the Leinster Express that a huge community effort was made to rebuild the fire and it is now being babysat in case anyone tries to light it up ahead of time again.

"Nothing dulls the sparkle of our St Brigid's Place kids. Our new bonfire is underway. People from all over Portlaoise and further have travelled to make sure they all have the Halloween they deserve.

"About 15 kids helped bless them. Car loads, trailers, vans and lorries supported the cause today, travelled to various estates. Wheelbarrow loads left, right and centre. It is currently been babysat at the moment! It is due to be lit between 5:30-6pm this evening," Louise said.

Residents and especially the children who had worked hard and put their energy into building this were disappointed but it looks set to be one of the biggest bonfires ever in St. Brigid's now.

The fire was in a field at the top of the estate behind all the houses burning bright at 10.30pm on Monday, October 30.

One unit of Laois Fire Service was in the area at the time of the fire but the fire remained burning.

The Leinster Express want to see pictures of your best Halloween outfits. Send pictures of adults, children or groups dressed up on Halloween night trick or treating and we will publish our favourite pictures on our website  and newspaper. Send to news@leinsterexpress.ie or via Facebook messenger!