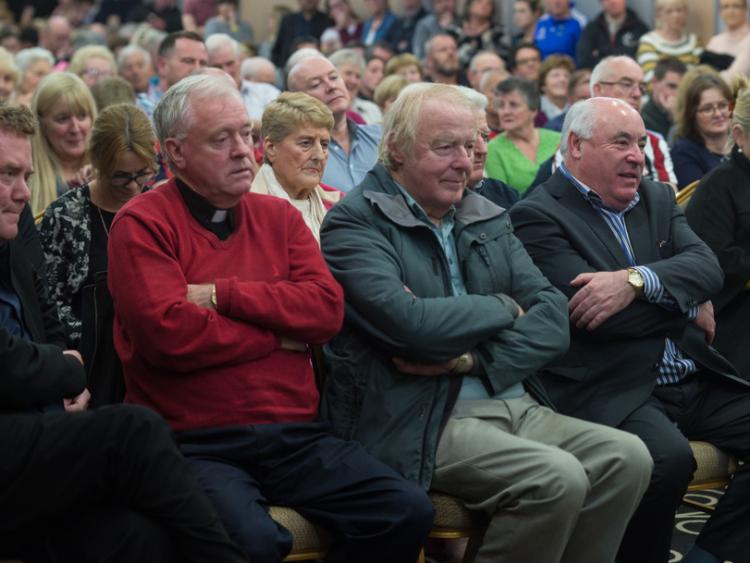 Public plan of action to be nailed down for Portlaoise Hospital

Work gets underway this week on a new campaign to fight the downgrade of Portlaoise hospital, as outlined in a plan which a top HSE manager calls a 'blueprint' for Dublin and the midlands.

While the HSE and its Dublin Midland Hospital Group remains silent after they met last Wednesday to 'sign off' on the leaked 'Strategy', there was palpable anger the same day in the Midlands Park Hotel Portlaoise.

There was standing room only at an emergency meeting of the Portlaoise Hospital Action Committee to block the A&E closure.

The meeting was organised to allow the public have a say on the A&E cut set out in the Dublin Midlands Hospital Group five-year plan.

There was unity of purpose among politicians, medics and the public that what is planned should be shredded.

While there was anger at the HSE, speaker after speaker left Laois politicans in no doubt that they did not want the hospital turned into a political football.

They demanded unity, but also warned that there will be a price to pay if a downgrade proceeds.

He said the plan should be fought on many fronts and believed there is an appetite for a protest march which, he said, the Government and HSE would not want because of the bad publicity it would produce.

For a march to be effective he said the entire community of Laois needs to be involved just as they did in 2011, and as the public had marched against water charges.

“They would look at us and say nobody cares.

“It is very important that it is done right and that every body, every party, every organsisation, every club in the county would get behind it because it affects everybody,” he said.

Committee formed and meeting organised for what to do next to save #PortlaoiseHospital.