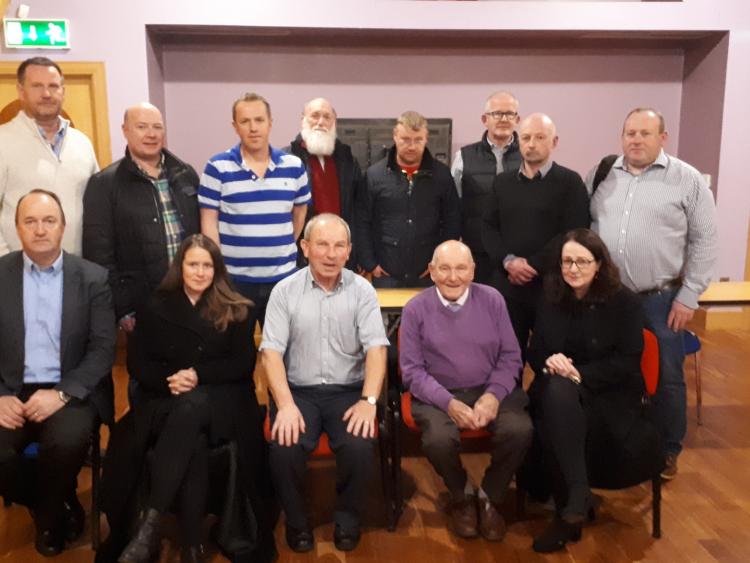 A campaign aimed at saving and upgrading Portlaoise hospital got underway tonight with the formation of a new Portlaoise Hospital Action Committee.

The new committee has pledged to fight the campaign on a number of fronts and to meet regularly as its members realise that 'time is not on their side.'

More than 30 people met tonight, Tuesday, October 31, in the Portlaoise Parish Centre with the purpose of forming a committee that will lead the public campaign to prevent the downgrade of the hospital through the closure of the A&E.

Speaking afterwards Mr Hannify told the Leinster Express that those who attended were very committed to fighting for the hospital and preserve its status. He said all realised that if the A&E goes, paediatrics and maternity and other services would follow.

"The overwhelming belief by all is that time is not on our side and we have to act urgently. We have seen and discussed the HSE final draft report and it doesn't contain a future for Portlaoise hospital. That is a simple fact," said Mr Hanniffy.

He said the population is young and growing but this future generation would lose out under the plan drawn up by the Dublin Midlands Hospital Group for the HSE.

"If we lose our service now they are gone for the future," he said.

He said the committee agreed that their responsibility would be not just to alert the people of Laois, but also convince those from surrounding areas of Kildare, Kilkenny, Tipperary and Offaly. He said they also need to get the message that there would be ramifications for them if the hospital loses A&E.

Mr Hanniffy said the purpose of the meeting was not necessarily to decide on how to protest but to form a committee and discuss how to proceed. But he said the meeting discussed a number of ideas including public protest, media and social media campaigns to get the message out.

He said the campaign must also identify who to convince that the hospital has a future. He said this included the Minister for Health Simon Harris, local TDs and "a long battle with the HSE".

"There will be a number of public protests. What has come across loud and clear is that we are fed up with a drip, drip, drip death by a thousand cuts," he said.

Mr Timmins urged the public to ensure that the local TDs get the message.

"We would appeal to the people of Laois to get onto their TDs, Sean Fleming, Charlie Flanagan and Brian Stanley," he said.

Campaigners from other towns where hospitals have lost A&Es will be invited to come to Laois and tell the committee why they failed to halt closure.

"We will then be considering a campaign for an upgrade of the hospital not a downgrade," said Mr Hanniffy.

He concluded that the committee meeting was productive having being called at short notice on the back of a successful public meeting.

There are no politicians on the new committee but they are being kept abreast of progress.

Various forms of protests were discussed to draw attention to the campaign. These included a march in Dublin and or Portlaoise. Also considered was the possibility of mounting some form of demonstration at other hospitals and facilities which depend on the Laois hospital.