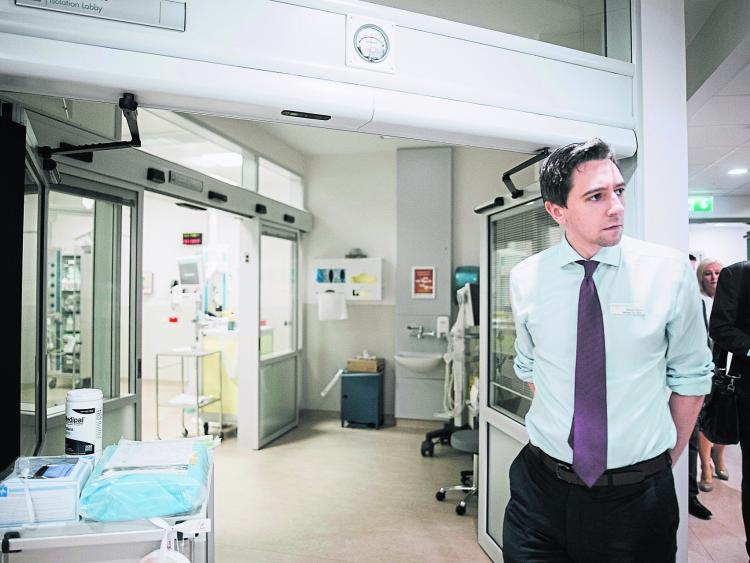 Health Minister Simon Harris is approaching scandalous negligence when it comes to his treatment of Portlaoise Hospital, according to RENUA Ireland leader John Leahy.

Commenting on claims that Mr Harris has declined to meet concerned clinicians Mr Leahy said this is different, to the "Twitter imagery of a man with his sleeves rolled up listening to nurses and doctors on the ground".

In a written statement the Offaly councillor said the indifference of Mr Harris to the concerns of clinicians is a case of history repeating itself.

"Previous scandals and tragedies when it comes to patient safety in Portlaoise would have been avoided had Ministers listened and acted.

"Now we see that a Minister isolated in a self-created ivory tower is refusing on a serial basis to meet with delegations of clinical staff to discuss ongoing patient safety concerns at the hospital. One can only deduct that this is a predetermined strategy towards the proposed undermining and downgrading the busy midland hospital.

"How different the reality of Mr Harris is to the spin," he said.

TROLLEY COUNT SPIRALS AT PORTLAOISE AND OTHER DUBLIN MIDLANDS HOSPITALS

Mr Leahy who was previous candidate in Laois Offaly Dáil constituency said clinicians are front-line workers in the Health Services and the clinicians in Portlaoise are second to none.

"It is the HSE that is the problem If a whistle-blower wants to meet the minister; Mr Harris, if he is doing his job should head down hot-foot.

"It is time for the minister to engage in a speedy U-turn and meet the people most qualified to develop Portlaoise.

"Any failure to do so leaves the Minister open to the charge of self-interested indifference and of a level of negligence that is not acceptable,” concluded the Offaly county councillor.

Minster Harris met Laois GPs, some hospital staff and local politicians when he visited Portlaoise in April 2017. He declined to comment directly on Mr Leahy's statement.

In a statement issued the Department of Health said The Dublin Midlands Hospital Group has been working for some time on a draft plan for a new model of clinical service delivery at Portlaoise Hospital which takes account of the need to develop services at Portlaoise in the context of developing the model of service provision for the entire Hospital Group.

It added that the draft plan has been submitted to the Department and it is being reviewed in detail. Once there is an agreed position on the draft plan, it is intended that there will be further engagement with all interested parties, to ensure that the needs of patients, staff, the local and wider community are addressed, concluded the statement.