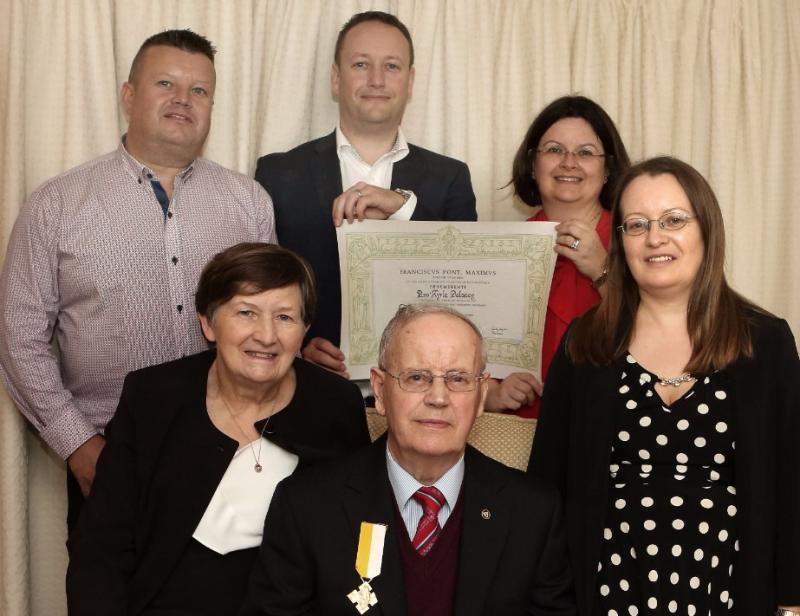 A well-known Stradbally man was the recipient of a special honor from Pope Francis recently.

Kyrle Delaney was given the Benemerenti medal in recognition of his generous and committed service to the Church.

His dedication to the local community was also noted at the ceremony.

The Benemerenti medal is one of the highest honours the Church can bestow on a member of the laity. 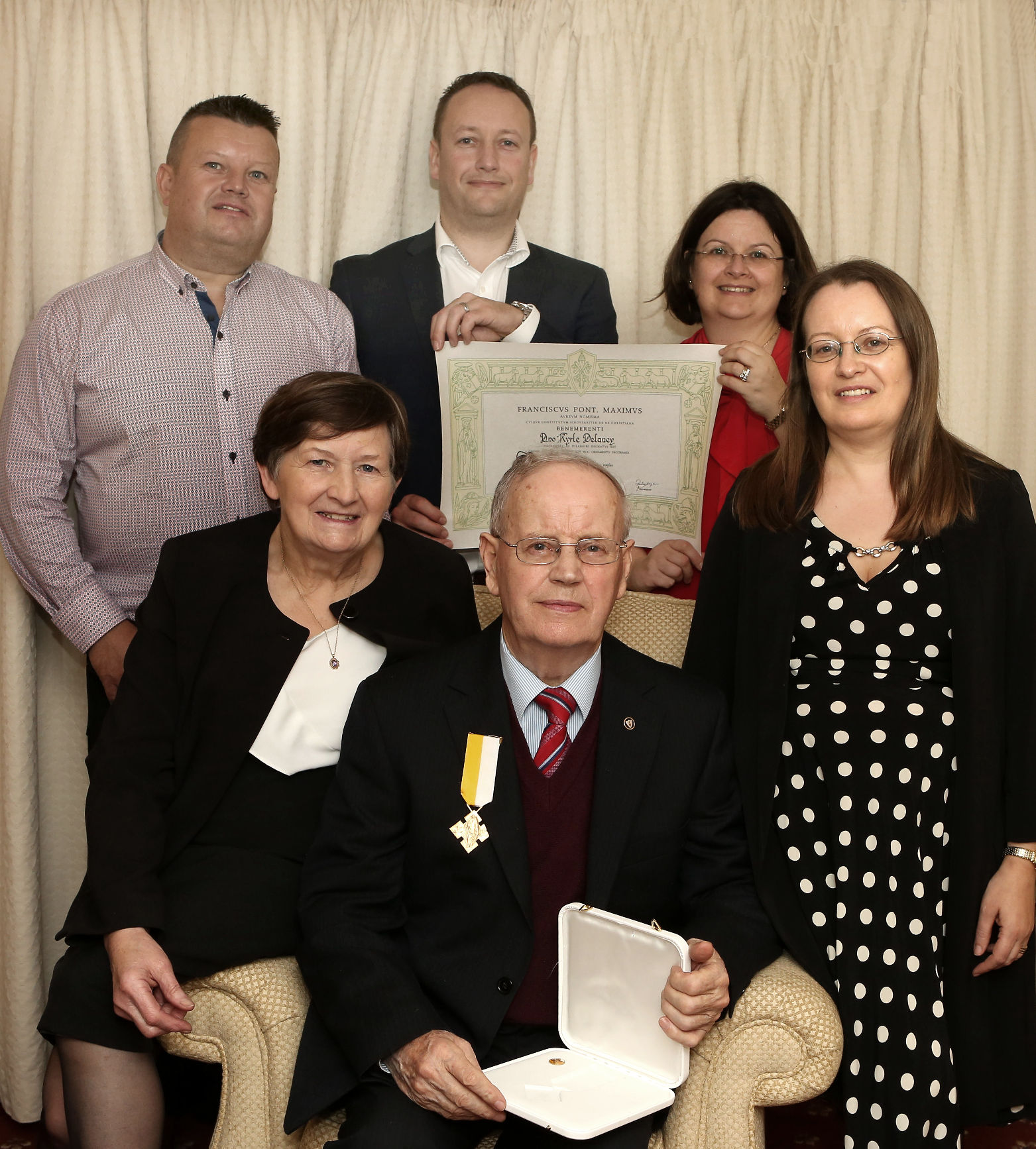 This was presented to Kyrle who is a member of a prominent GAA footballing family in Co. Laois on Sunday.

The Benemerenti medal was awarded to Kyrle Delaney in recognition of his generous and committed service to the Church and the local community in the town of Stradbally.

The medal was blessed by Pope Francis before it was forwarded to the parish through the Papal Nuncio. Each medal hangs on a yellow and white ribbon, the papal colours.

Local parish priest Fr Sean Maher described the papal recognition as “one of the worst kept secrets in Stradbally in a long time”.

He said it was important to honour those who offered diligent, humble service and he thanked the father of 4 for his 25 years as a sacristan as well as his role in the parish choir and involvement with the Tidy Towns Committee.

Highlighting that “He comes from a family of noted footballers” and that his brothers and cousins played at county level for Laois, the priest said that though they had brought many medals back to Stradbally, this was the first pontifical medal to cross the family threshold.

Fr Maher read the proclamation both in Latin and English. It described Kyrle Delaney as “well deserving” of the honour for his “widespread and local services to the church and community”.

The Benemerenti Medal was originally established as an award to soldiers in the Papal Army, but was later extended to the clergy and the laity for service to the Church.

Speaking as Kyrle Delaney was surrounded by his wife Margaret, his children and grandchildren, extended family and friends, Fr Maher said the honour was “extraordinarily important for the local community. It is a reminder that our communities are alive – alive to sincerity, co-operation and the goodwill of so many Kyrle Delaneys. In a sense, Kyrle is symbolic of 200 people who were all at Mass today, many of whom could have deserved to get that medal as well.”

He said that was not to take from Kyrle’s particular or singular contribution.

Thanks to Sarah McDonald at www.catholicireland.net for the details.