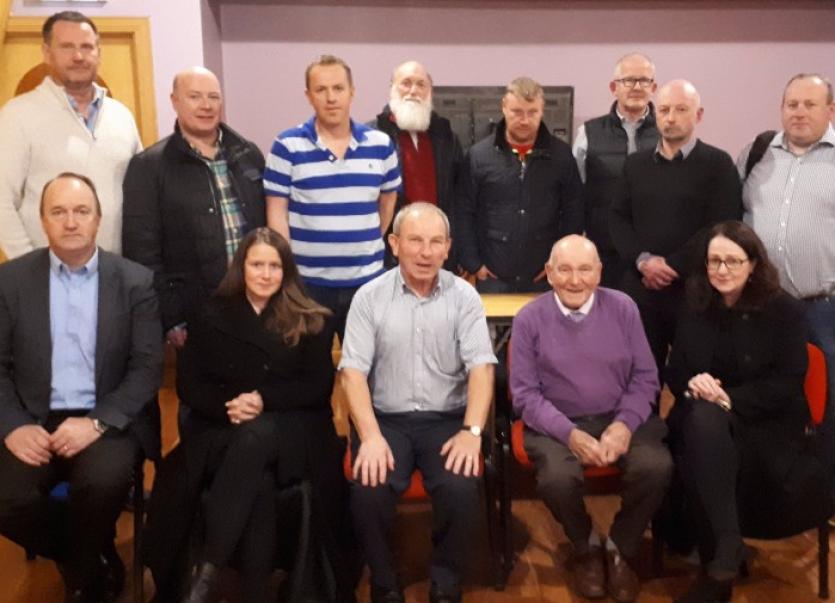 Momentum and public support is building behind the latest campaign to halt the downgrade of Laois' hospital according to the reformed Portlaoise Hospital Action Committee.

An emergency public meeting was called after the Leinster Express website exclusively broke the contents of a leaked downgrade plan obtained and made public by Laois TD Brian Stanley. New members came forward after the meeting to join the long standing committee. The reformed 12 member committee is now chaired by Thomas Timmons with John Hanniffy as secretary.

Its PRO Eimear Holland gave an update on progress to the Leinster Express.  In the statement she said the committee also renewed a public demand for the Minister for Health and the chief executive of the Dublin Midlands Hospital Group Dr Susan O'Reilly to engage.

She said the committee's over-arching plan is to eradicate talk of downgrade. They say they are confident that Ministers, HIQA, the HSE and clinical national leads etc would not accept recommendations for a hospital which failed to engage in a democratic process of consultation. The statement said this would be "foolhardy and dangerous".

The committee want to raise public awareness that the Midlands Regional Hospital Portlaoise is a "great hospital" but is "being ignored" and has suffered from under-investment.

The PRO said the public value the hospital and desperately wish for removed services to be re-established and invested in.

The committee have held "very productive" meetings with Laois GPs and hospital consultants. The PRO said they have been briefed on proposals put forward by Dr Susan O'Reilly who has authored two reports on the future of the hospital.

These plans recommended the ending of 24/7 A&E care in Portlaoise to be replaced by a 24/7 Medical Assessment Unit and a 12/7 Local Injuries Unit. Doctors and GPs have warned that if Emergency Care goes, maternity, paediatrics will not be sustainable.

"It is extraordinary that one person could be permitted to make such judgments without consulting with doctors involved. Clinical doctors in another part of the country might be specialist leads but they do not understand every hospital, their needs or their strengths.

"In consultation with local GPs, hospital consultants, the committee is writing a Campaign Statement outlining our mission, our priorities, our recommendations and a rationale for such recommendations which are based on raw statistics,"  said the PRO's statment.

Ms Holland told the Express that many requests have been received from the media to raise awareness further and to inform the public of the hard facts. 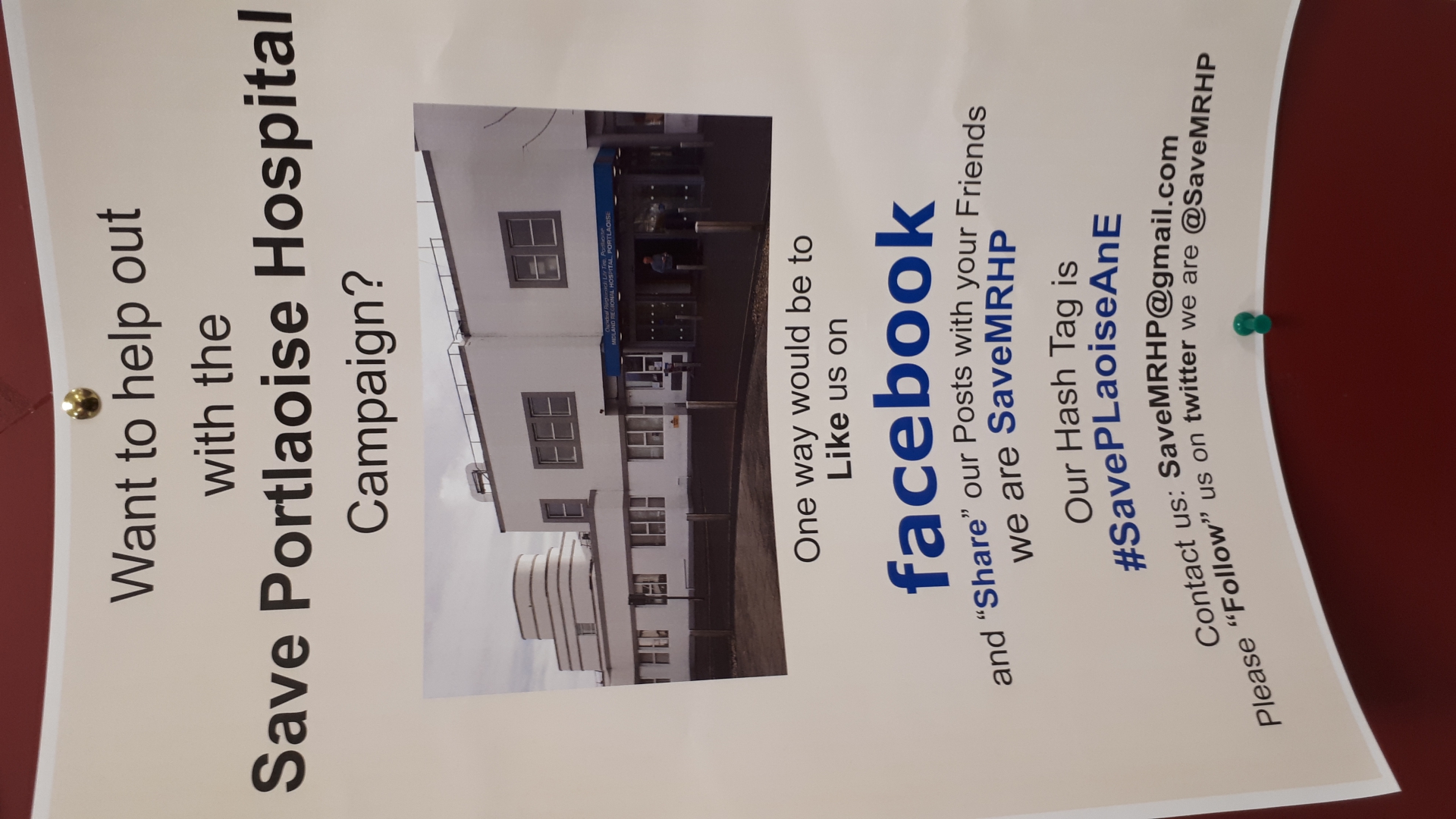 Above - poster in Portlaoise shop.

The group says they have launched a social media campaign. Its Facebook page has already more than 4,000 followers with a reach of more than 27,000. They have also say the twitter account has attracted a lot of public and professional interest. #SavePlaoisAnE

An online petition has 5,792 signatures. Paper petitions are being circulated to businesses, schools, sports clubs etc. They will also be circulated at sports fixtures. O'Loughlin’s Hotel in Portlaoise has a petition stand in their foyer for the public.

"We have met as a full committee now three times and we have had several working group meetings. We are communicating daily through instant messaging groups, email, social media and through a campaign management app showing us to very quickly: share ideas, discuss and vote on them, provide updates, share important resources and literature, assign actions etc.

"Though we are prepared for this to be a long-term plan, we are doing an enormous amount of work in a sustainable and coordinated way," said the statement.

The committee believes that the campaign will have no defined end but has broader goals beyond saving the A&E.

"We see this as a positive outlook as we are committed to advocating for the high quality health care, of not only those who present in MRHP but to our sister hospitals, which are also under significant pressure," said the statement.

The PRO said the people of the region know what health care they deserve and they understand they can receive it in Portlaoise.

Overall the committee believes that "Momentum is building. Support is extremely strong". They reiterated a message delivered to politicians at a public meeting called in the wake of the leak.

"We appreciate the united show of support from our local politicians. They and we, are aware that party politics has no place in such an important matter. United we stand, divided we fall!

"We understand this. We are a representative committee but our actions have led to the mobilisation of the people of Laois and the wider areas. We have offers of support, of sponsorship coming from all directions.

"We are taking on board fantastic ideas from the public and they see that they are affecting the campaign positively. This is democratic participation in its truest form.

"I would call on Dr Susan O’Reilly, the Minister for Health, Simon Harris to learn from this example. If you want innovations to work, you must consult. You must learn about the context in order to cater for it! We extend this invitation formally," said Ms Holland.

The committee PRO said there is "zero chance of this going away".