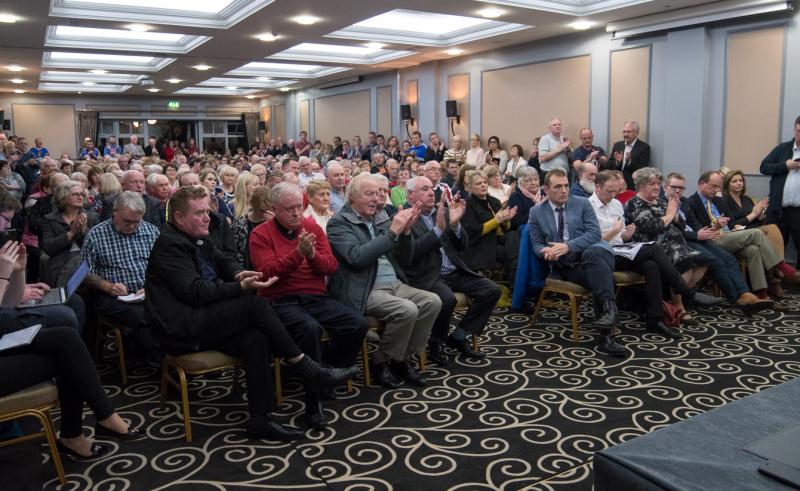 People from Laois and surrounding couties have heard enough of 'false promises' about Portlaoise hospital and want its downgrade 'stopped in its tracks', according to Laois Sinn Féin TD Brian Stanley.

The TD was speaking ahead of a public meeting this coming Thursday night on the future of Portlaoise Hospital and investing in our health services.

“Our health system is in crisis and urgently needs reform. While front line staff do their very best, the inefficient two tier system continues to be dysfunctional," he said.

The Laois TD said over 680,000 people are on waiting lists for hospital services.

"The chaos and delays in emergency departments also continue and is putting lives at risk. This is despite the fact that we have one of the best funded health systems in the world," he said.

In recent weeks Dep Stanley revealed details of a plan the HSE, Minister for Health, Dublin Midlands Hospital Group and others have refused to publish or have not ruled out as the future shape of services at Portlaoise.

"This cannot be accepted and must be stopped in its tracks by Government and the Minister for Health who has to approve any such downgrade. On average 40,000 people make emergency presentations to Portlaoise Hospital each year. Our hospital needs expansion and upgrade not the removal of essential services," he said.

The TD said this uncertainty on the future of Portlaoise Hospital has been ongoing for years.

"The people of Laois have had enough false promises and procrastination. People have also had enough of the chaotic two tier health system," he said.

Dep Stanley said his party believes this can be fixed, but only if it is demand. Other countries which are not as wealthy as Ireland have excellent health services.

"I am urging people to come along on Thursday, November 9th and add their voice to those demanding change,” he said.