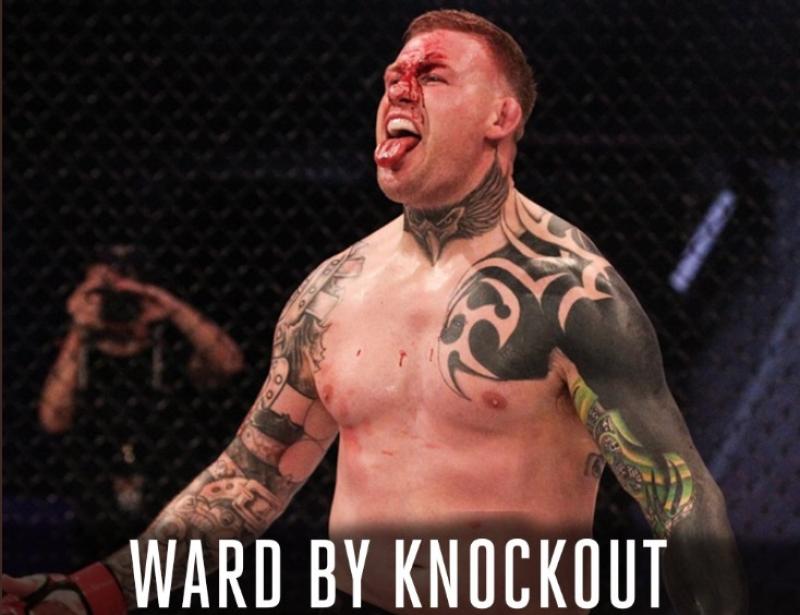 Charlie Ward after his fight at Bellator 187.

Conor McGregor has grabbed the headlines again this time celebrating a big MMA win by his fellow fighter Charlie Ward from Laois.

A week to the night after his big interview on the Late Late Show with Ryan Tubridy, McGregor got involved in an angry exchange with ref Marc Goddard after leaping in to celebrate with his friend and team-mate after he defeated of John Redmond in Dublin.

Ward, from Mountmellick, was fighting Redmond during the Bellator 187 event.

After Charlie Ward took Redmond down with a big left hook McGregor jumped in to the octagon and charged at Ward to celebrate. He appeared to take upmbrage when the ref tried to intervene.

Madness in Dublin thanks to @TheNotoriousMMA!!! DO NOT miss #Bellator187 TONIGHT on @spike 9/8c pic.twitter.com/BGWcOBDvFb

What a memorable night! Four fights, four finishes! Thank you to everyone who tuned in to @spike for #Bellator187! pic.twitter.com/FRM3kLw9X9

McGregor has not fought in the UFC since stopping Eddie Alvarez in November last year.

Interviewed after his win on Friday night, Charlie Ward asked about the 'brutal' nature of the fight. "I like it that way," he replied.

What did @relentlessward think about his #BellatorMMA debut? #Bellator187 pic.twitter.com/4sZHbAlGBk