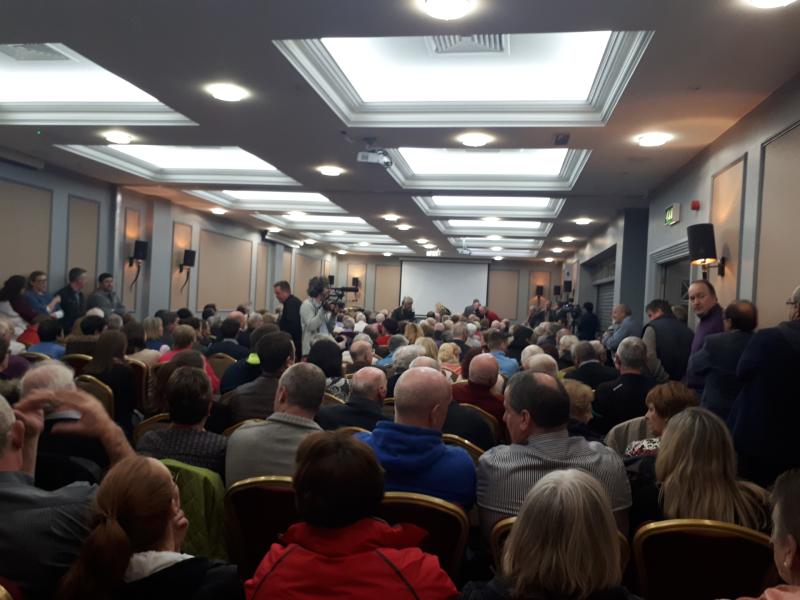 Laois family doctors have lost conifidence in the HSE manager that oversees hospitals in Dublin and the Midlands and wants to remove 24/7 A&E services from the hospital.

In a statement the Laois GPs said they have noted the recent action by the Chair of the Portlaoise Hospital Action Committee in calling for the resignation of Dr Susan O’ Reilly, chief executive of the Dublin Midlands Hospital Group.

Responding to this call the GPs said they are committed to ensuring access for their patients, friends and families to care that is "safe, effective and nationally consistent with other citizens of this state". However, they do not believe the Dr O'Reilly's strategy will achieve this.

"We would like to express our total lack of confidence in Dr Susan O’ Reilly as CEO of the DMHG to effectively lead and manage a team and provide a clear plan for sustainable services at MRH Portlaoise and for the wider Dublin Mid Leinster Region.

This document was signed by 70 doctors from the region, published in September 2016 and shared with all concerned parties. It was sent to Dr O'Reilly and the Minister for Health Simon Harris.

In late October, concerns that the report sets out a downgrade plan for Portlaoise hospital was confirmed in a linked five year strategy for hospitals in Laois, Dublin, Kildare and Offaly. This plan, which was leaked to Laois TD Brian Stanley, calls for the replacement of 24/7 A&E care with a Medical Assessment Unit and a Local Injuries Unit. However, doctors in the hospital say that once A&E goes paediatrics, maternity and other services would follow.

The GPs say Dr O’ Reilly submitted a draft plan to the Department of Health in 2016. They say Dr O Reilly maintains this plan has been developed with the National Clinical Leads for Emergency Medicine, Critical Care, Surgery, Acute Medicine, Transportation Medicine, Paediatrics and Neonatology, Obstetrics and Gynaecology, Anaesthesia.

However, they say the Clinical Leads for General Practice, Older People and Mental Health were not consulted.

The DMHG says it wants to work with GPs to implement its five year strategy. The group also says its values include openness and transparency and that patients are central, Laois GPs say there is no evidence of this in relation to its plan for Portlaoise.

"There was no consultation with the public or stakeholders from the region. We have not had sight of this plan.

"As local stakeholders we have a valuable perspective on how planning for MRH Portlaoise should proceed. This perspective has been excluded from the process. We have received no communication from the Clinical Leads. Our views were not sought and there is no evidence that the perspective we and our Consultant Colleagues set out in the Stakeholder Document was
considered by Dr. O’ Reilly and her colleagues," said the Laois doctors.

"HIQA places a clear obligation on planners to consult proactively with the service users and stakeholders," say the doctors.

The statement was issued by Drs Michelle Byrne, Simon Honan, John Madden, Sean Montague, Mary Sheehan and Gerry
White on behalf of the Laois Faculty of the ICGP and Midoc.