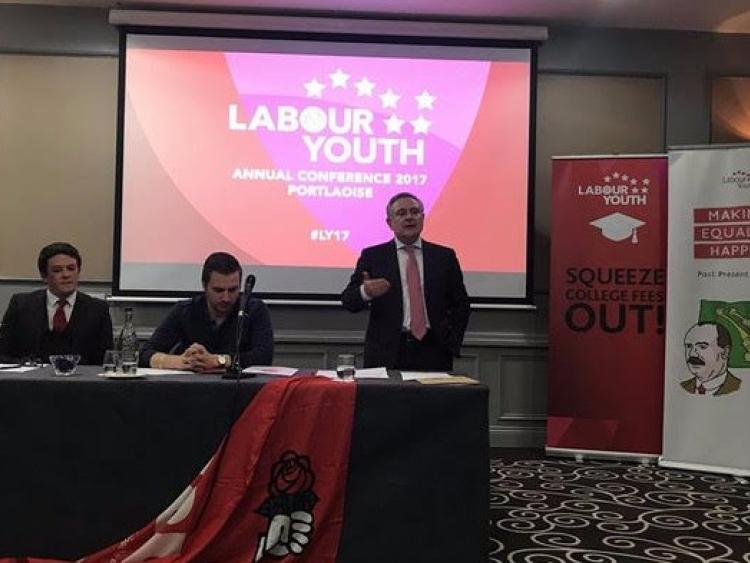 A Labour Youth National conference took place in the Midland Park Hotel in Portlaoise at the weekend.

Local Area Rep Eoin Barry spoke of the legacy of the Labour Party and its founder James Connolly. He spoke to delegates of the importance of keeping to the founding principals the Party, while developing policies for the future.

Delegates discussed and debated the restoration of pay for defence forces, collective bargaining rights, motions against precarious work and learning the lessons from Jermey Corbyn and the UK election.

He mentioned the importance of investment in public services, building public and affordable homes, creating publicly funded health care of the highest quality and eliminating the cost of education and childcare.

Representatives from SDLP and the German SPD party attended the event.

She will join the Labour Party Executive for the coming year and she was congratulated on her election by Brendan Howlin and members of the Parliamentary Labour Party. 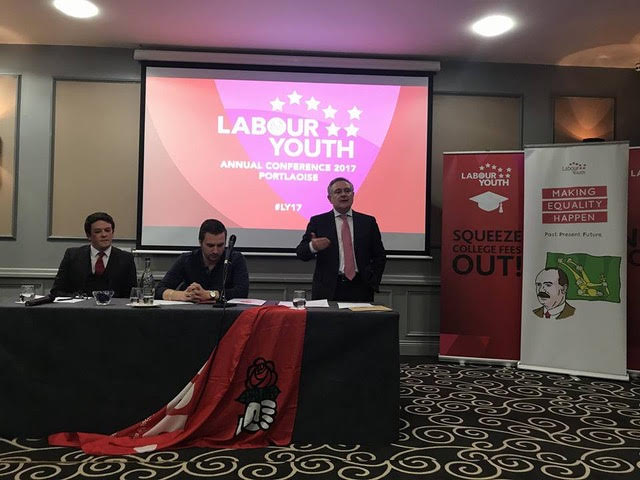