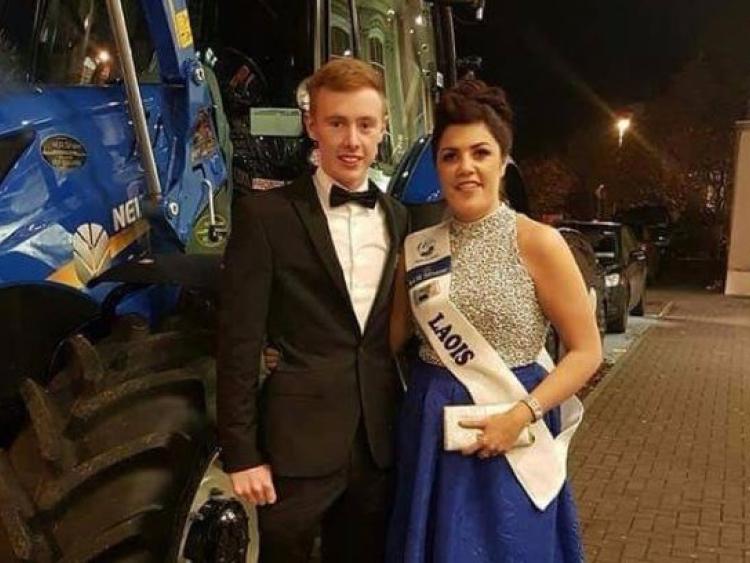 Laois Queen of the land escort wins Escort of the Year

Niamh Ryan from Camross Macra and PRO for Laois Macra represented Laois at the W.R. Shaw Queen of the Land Festival last weekend in the Bridge House Tullamore. 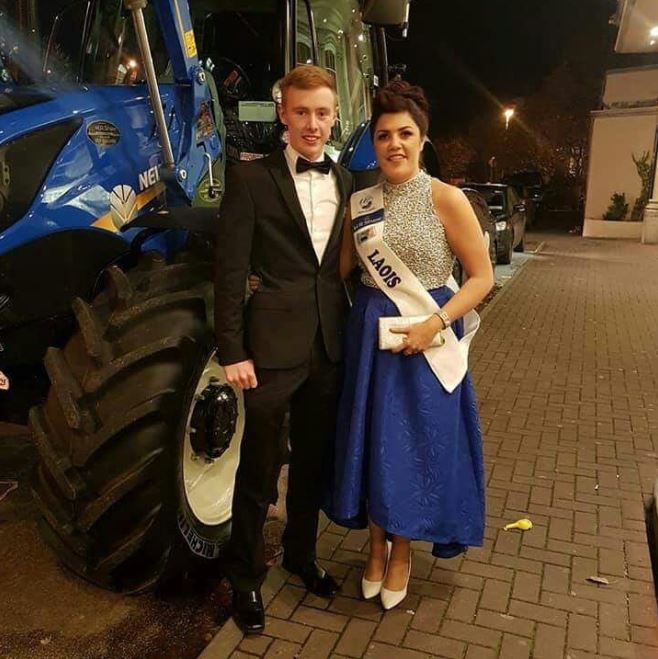 The Laois Queen of the Land Niamh got the cream of the crop as Fergus went on to win Escort of the Year.

Thanks to Leitrim Macra who tweeted this photo!

Niamh represented Laois with 30 other contests from all over Ireland.

Niamh was voted as Laois Macra Person of the Year 2017 by Laois Macra Members. She is involved with the Irish Red Cross and has had huge involvement in the Laois Macra 70th charity cycle for Bumblance last year.

The WR Shaw Queen of the Land Festival ran from 10th – 12th November and is sponsored by WR Shaw, the largest supplier of New Holland tractors to the midlands. WR Shaw operates from their premises in Burlington Business Park and has been in the farm machinery business since 1982.

The girls will set off on a tour to Clonmacnoise and Tullamore Dew on Friday afternoon with the evening entertainment from international act, DJ Sash taking to the stage for dancing until late.

This was followed by pampering with Ritzy’s Hairdressing and Olivia’s Beauty Salon before they meet their escorts in Hugh Lynch’s from 3pm.

Evening on-stage interviews entertainment started at 8pm with Will Faulkner from Midlands 103 Radio and entertainment afterwards provided by Transmitter, Legacy and Joe Wynne with DJ until late.

On Sunday, the highlight was the gala banquet with music provided by White Diamond followed by the anticipated crowning of the 53rd WR Shaw Queen of the Land 2017 at midnight. 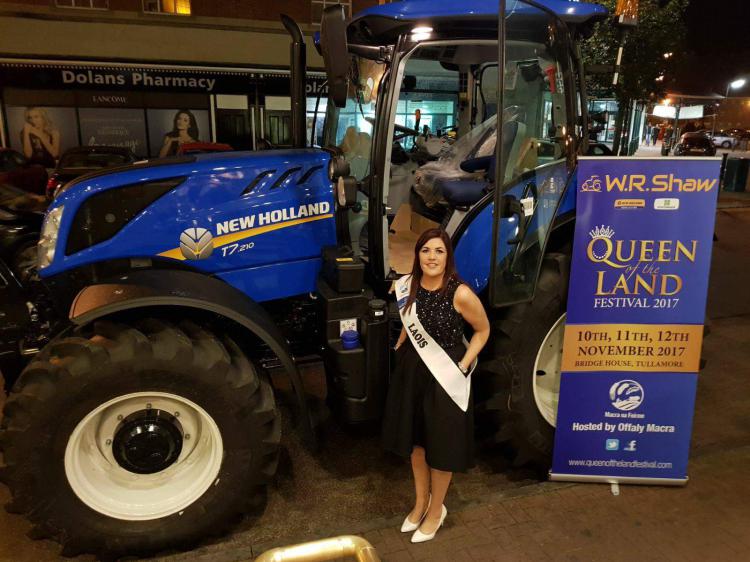