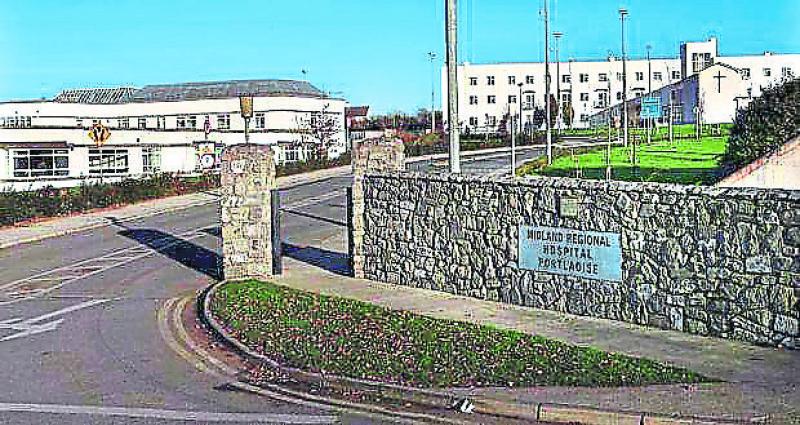 One of Ireland's biggest trades unions has called for clarity on the future of Portlaoise hospital.

IMPACT trade union has called on health minister Simon Harris to clarify the Government’s position on the future of services at the Midlands Regional Hospital, Portlaoise, following the leaking of a proposed action plan for the hospital to a Sunday newspaper.

The plan, drawn up by the HSE’s Dublin Midlands Hospital Group, was submitted to the health minister last December.

The 'Development of an Action Plan for a New Model of Clinical Service Delivery in the Dublin Midlands Hospital Group' recommends withdrawal of A&E, paediatric, maternity and other service from Portlaoise hospital. It says this can be achieved over four years with a €100 million investment.

IMPACT official Ashley Connolly said the union had been engaging with the Dublin Midlands Hospital Group since 2015, in an effort to clarify future plans for hospital users and staff.

“The chief executive of the hospital group has written to staff this week to confirm that her action plan has been with the minister since December 2016, and to make the accurate point that it is for ministers to decide on policy.

"Staff and the communities they serve have been left in limbo for far too long, and it’s time that the Government grasped the nettle and published its plans for the hospital and health services in the region,” she said.

IMPACT'S Health Division represents workers across a wide variety of employments, including the HSE, hospitals. Within these are clerical admin staff, health and social care professionals, and other health related grades.

Health is IMPACT’s largest division with approximately 30,000 members with 35 branches.

It says the main issues arising in this division include 'the restructuring and reconfiguration of the health services and their delivery".