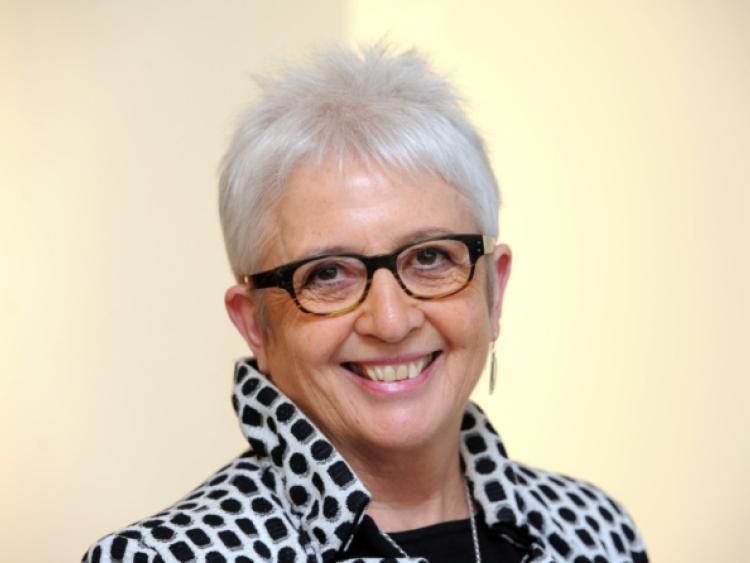 The chief author of the plan that could see Portlaoise hospital downgraded is 'disappointed and dismayed' that the document was made public and says she wants to secure the hospital for 'generations to come'.

Dr Susan O'Reilly, Dublin Midlands Hospital Group Chief Executive, has issued a missal to all staff at the Midland Regional Hospital Portlaoise in the wake of the leak. The controversial report sets out a detailed plan to withdraw A&E, maternity, paediatric and other services from Portlaoise hospital.

Under the 'Development of an Action Plan for a New Model of Clinical Service Delivery in the Dublin Midlands Hospital Group' plan the Laois hospital would become a Category 2 hospital. Tallaght and Tullamore hospitals will pick up most of the slack while it is claimed Portlaoise would expand in other areas but cease to treat acute illness.

The Chief Executive has declined to comment publicly on the plan but instead has written to staff. The Leinster Express has obtained a copy of the letter. It was not provided by Dr O'Reilly or her team.

"As CEO of the Dublin Midland Hospital Group, I am very disappointed and dismayed that the proposed Action Plan for Portlaoise has been published in the Sunday Business Post Sunday 12th November," she said.

Dr O'Reilly repeated a consistent line that she would have shared the plan with staff, the public and other only after it had been agreed by the Department.

"It has been the explicit intention of the HSE and the Hospital Group to share this with all staff, GPs, public representatives, and the wider public once it has been considered and agreed with the Department of Health and the Minister for Health," she writes.

She reminded the doctors, nurses, porters, clerical staff and others that the hospital has been subject to significant reviews. An RTÉ Primetime Investigates programme, described by Dr O'Reilly as an 'exposé', is listed as one of these. Other  subsequent reviews mentioned include one by the Chief Medical Officer, a HSE Acute Hospital Division Report, two HIQA reports, and a nationally commissioned review of maternity clinical complaints.

"Subsequently, this has led to the hospital being one of the most considered, debated, discussed and prioritised subjects on the health service agenda. We acknowledge that there has been considerable uncertainty for you and this is to be regretted.
Your hard work and commitment is very much appreciated," she writes.

The CEO informs staff that the Group is committed to a secure future for Portlaoise hospital.

"That is why we have been working together to improve services, governance structures and above all patient safety at the Hospital. You have been central to  making these improvements and this has been recognised by HIQA," she writes.

Dr O'Reilly adds that in May 2015, HIQA "mandated" her to develop an Action Plan for the hospital. She was joined in this process by Dr Colm Henry, HSE National Clinical Advisor as Joint Chair and 10 National Clinical Leads .

She reminded staff that an action plan was submitted to the Department of Health in December 2016. She acknowledges that HSE does not have the power to proceed to implementation without political backing.

"Ultimately, the HSE recommend and implement policy. What we do not do is make policy decisions – that is the responsibility of Government. In this instance, we have formulated a proposal and long-term road map for Portlaoise Hospital, thereby fulfilling the HIQA mandate.

"The decision on whether or when to implement recommendations rests with the Minister for Health and his Department," she writes.

She says that in the context of Sunday Business Post publication, there are some issues which she would like to clarify. Dr O'Reilly outlines these in the following bullet points:

• Portlaoise Hospital is not going to be shut down. Our proposed plan will ensure that it has a secure and vibrant future;
• Patients from the region will continue to have access to high-quality care and treatment;
• There will be no overall reduction in staff numbers and growth is expected over time
• The hospital over the longer-term will benefit from enhanced services, new facilities and increased investment;
• Patients and staff will enjoy better facilities and be treated or work in a safer, more fulfilling working environment;

She admits to staff this action plan, if implemented, will take a number of years and will be dependent on significant investment both at Portlaoise Hospital itself and in services and facilities in hospitals across the Dublin Midlands group.

The plan estimates that it could take four years to implement and up to €100 million to implement in capital investment.

Dr O'Reilly told staff that these investments "must happen" before any changes can take effect to ensure that there is no disruption to patient services and that "patients have continued access to high quality care, in the most appropriate setting".

"However, it has to be stressed in no uncertain terms; the future of Portlaoise Hospital and the implementation of this proposed action plan is a matter for the Minister for Health and Government.

Dr O'Reilly concludes the letter: "We wish to thank you for your patience in this matter, to reassure you that your hard work and dedication is recognised and acknowledged and to confirm that we are eager to work with you to secure and develop your hospital for generations to come."