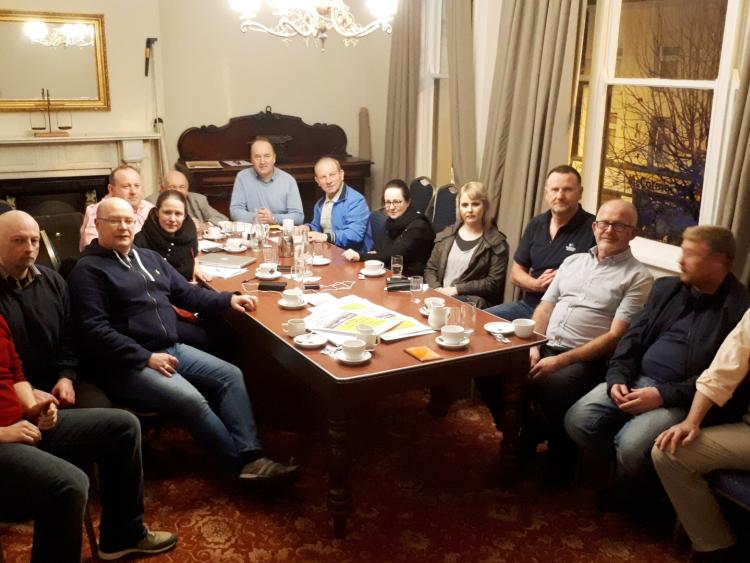 Consensus is the buzzword of bureaucracy and the powers that be in Ireland.

It's a nice word and has a lovely sense that we're all working together towards the same goal at the same pace.

There's also an air of intellectual superiority about it when used by those in authority.

It is used to convey the sense that people who question the 'general consensus' are not well informed, need to be educated. If the opposition to consensus grows in power then the nay sayers will often be tarred with the 'begrudgery' tag.

But the powers that be often do not gather consensus before claiming the high ground. They will often not have run their grand plans by the great unwashed - the general public. Sometimes they won't even have a clue what they are talking about.

In recent years there was consensus among the experts, the wealthy and the powerful. The brains (economists/banks), brawn (builders/banks) and the tanglers (politicians/banks/builders) told us that there would be a soft landing when the construction sector began to slow. Shur, we'd be grand. But wait a minute. Look what happened. Mayhem. That was costly consensus which generations will pay for.

Recently we were all being told that the Rugby World Cup was on its way to Ireland. There was consensus that it was a great thing for the country. Shur, wouldn't the hotels and pubs make a right killing and wouldn't it be a great laugh altogether.

The problem is nobody was scrutinising the bid, either on its own merits or from a taxpayer's perspective.
Where the hell was all the money going to come from anyway? International sporting events are notorious for bankrupting countries and cities.

Thank God there was a bit of sense some where as we were walking blindly into a financial black hole. The French are welcome to it.

Consensus reared its ugly head closer to home this week in the guise of the plan for Portlaoise hospital.

Consensus, we are told, has been reached by the experts on what is best for hospitals in Dublin and the Midlands. The experts agree that it would be the best to shred the Midlands Regional Hospital, Portlaoise. The patients will be safer waiting on trollies in Tallaght or Offaly. Women will be safer making their way to Dublin to have babies, even though the experts tell us Portlaoise is now as safe as any other hospital in the country .

The collective wisdom tells us that children will be better off treated in Tullamore.

Whatever about the clinical merits of the plan the logistics seem to have a place in never never land.

Oh yes, and there are multi-million euro carrots for Tullamore, Tallaght, The Coombe and a few crumbs for Naas. And, hey presto, the magic wand will be waved and it all can be done within four years. Of course, there is agreement and buy-in from all the stakeholders - apart from the people and doctors of Portlaoise and Laois and elsewhere.

Consensus has been gathered and all that's needed now is for Leo Varadkar, Simon Harris, Charlie Flanagan and Government Ministers to give the green light and downgrade can begin and we can all walk blindfolded into more hospital chaos.

Well consensus has not been gathered. No member of the public has been asked by the experts or powers that be what they think. The experts once again know what is best. They will not meet the people because they have consensus.

There has been no second opinion. No independent scrutiny other than the Department of Health. No challenge has been allowed to what is proposed.

Anybody who is prepared to write a plan that will have huge implications should not be so reluctant to gather genuine consensus to ensure that it has popular support. Maybe Dr O'Reilly's plan is a good plan and could lead to safer care. Having some public backing could go a long way to winning over political support.

One has to wonder why the public is not consulted on the future of Portlaoise hospital. Is their a presumption that there view does not count? Well we're supposed to live in a democracy.

It's not consensus that is needed at this point, it's commmon sense.