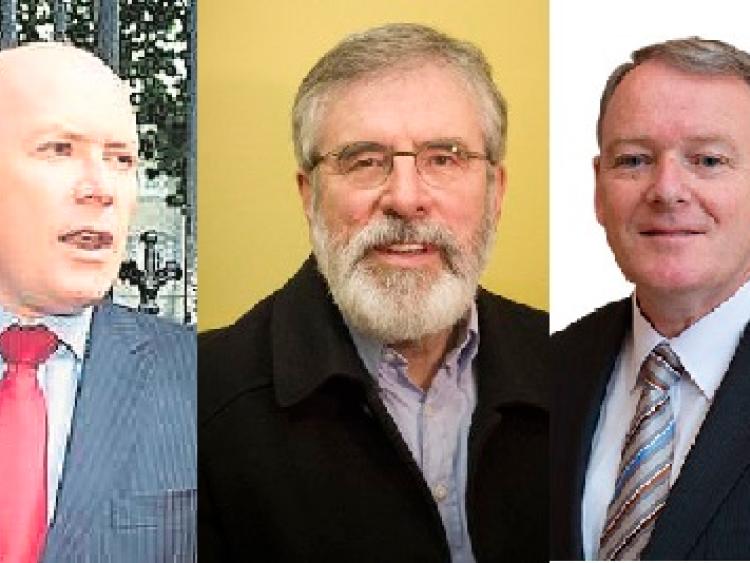 A Laois TD and the son of a murdered prison officer have reacted completely differently to the resignation of Sinn Féin leader Gerry Adams announced at their Ard Fheis last weekend.

Sinn Féin TD Brian Stanley said that Adams "provided excellent leadership for Sinn Féin over the past 34 years and led the party to its strongest point electorally".

I've had the pleasure of working with him for over 3 decades as a member of the Ard Comhairle and for the past 7 years as a TD.
"He is a man of huge ability and commitment to serving all the people of this island. He was part of a collective leadership that modernised the party in the 1980s and developed a peace process that has been used as a template for conflict resolution around the world. Gerry Adams turned Sinn Féin into a dynamic campaigning movement for progress on health, housing, workers rights and other important issues," Dep Stanley said.
He is backing Mary Lou McDonald for the job if there is a contest for leadership.

"She has the necessary leadership skills to move the party into this new phase of development and growth. Sinn Féin is moving into a new phase of renewal and regeneration and the Ard Comhairle will now put in place the process for electing a new leader. The party needs to have a period of further growth and to increase our mandate to allow us to continue our work on the pressing issues facing the country," Deputy Brian Stanley said.

Austin Stack, whose father, Prison Chief Brian Stack was murdered by the IRA in 1984, and who has long campaigned for answers on the murder, said "I am not sorry to see him go".

"Irish Political life will be a better & more honest place after he steps down. Nowhere else in the world would a political leader who refused to co-operate with a live murder inquiry be tolerated.

"Myself & my family are still hurt at the the way he re-traumatised us by putting several untruths about us on the record of Dail Eireann. He has never shown one shred of remorse and has taken every opportunity available to him to intimidate, bully and revictimise those his organisation has harmed," Austin Stack said.

"This is a man who has steadfastly refused to take responsibility for the actions of a movement he lead, a movement which murdered 2000 people, his recent comments in relation to the Tom Oliver murder is a case in point when he described it as a political killing. As a family we have no confidence in him ever doing the right thing in reaction to my father's murder & as such we would hope that he resigns sooner rather than later," the Portlaoise man said.