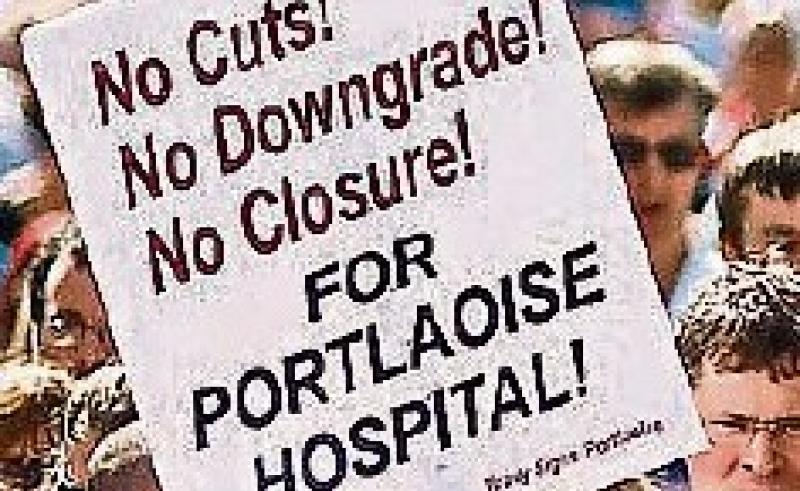 Laois Fianna Fáil has given what it says is its 'strong support' to the campaign to retain and upgrade services at the Midland Regional Hospital Portlaoise.

"There was strong support from members for the retention and indeed upgrading of services at the MRH Portlaoise. Members conveyed several examples of how the hospital had saved lives and provided excellent care to patients. Members also expressed outrage over the lack of public consultation undertaken by the author of the report Dr Susan O’Reilly.

"Laois Fianna Fáil members, Councillors and our TD fully support the campaign to save Portlaoise hospital and we will work hard to ensure the campaign succeeds. We would encourage all members of the community here in County Laois to back this vital campaign and attend any public meetings or events that are planned by the Hospital Action Group," said the statement.

Mr Dunne said Laois FF TD Sean Fleming will continue to engage with Minister for Health Simon Harris "to ensure this disastrous report is not followed through on". They also called on Minister Charlie Flanagan to ensure the report is "rejected in its totality".

"We are dismayed that there has been no second opinion on this report and also that members of the public here in County Laois have had no say whatsoever. The Minister for Health should come out publicly and support the Hospital and end this uncertainty for all time," concluded the statement.

Mr Dunne was elected Laois FF chairman at the meeting taking over from Eoin Scully. Thomas Foy replaced Mr Dunne as secretary while William Delaney became the new PRO. There were no other changes to the officer board.