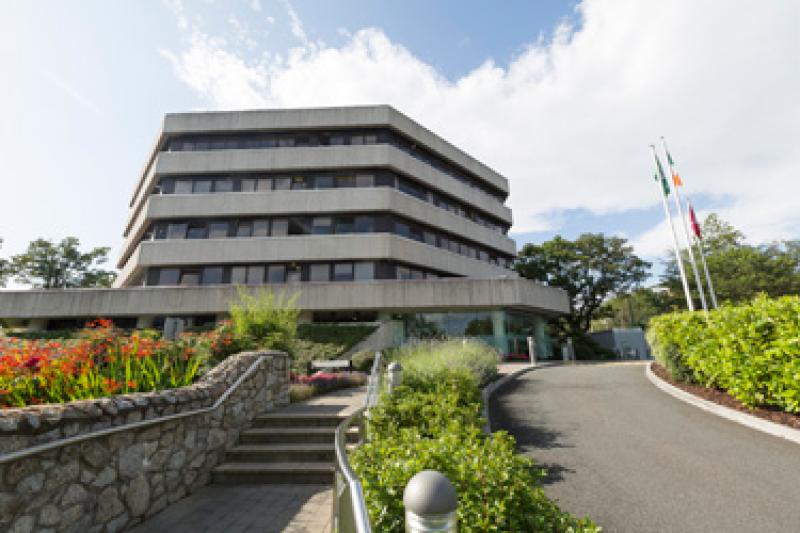 An exclusive private hospital in Dublin offered to take critically ill patients from the Dublin Midlands Hospital Group (DMHG) in a proposal in which it said it would 'support the transformation' of Portlaoise hospital.

The DMHG met with Blackrock Clinic in 2015 to discuss the private hospital's capacity to deliver critical care at its €12 million Intensive Care Unit (ICU) which opened the previous year.

However, the Dublin Midlands chief executive says the proposal is now a 'distraction' and was never going to lead to a 'solution' for the Midlands Regional Hospital Portlaoise.

An email sent by Mr Harty in July 2015 offers the services of the Dublin clinic to the DMHG. It does not make clear if the offer is made in the context of the removal of ICU from Portlaoise or that it would take critically ill patients from the Laois hospital.

Central to the Portlaoise downgrade plan is the withdrawal of ICU - if critical care is not available then emergency, paediatrics, maternity and surgery would follow.

He says that intensive care is delivered in a modern department opened last year and lead by a team of consultant anaesthetists and two full-time private intensivists. All are registered on the Medical Council's Specialist Register.

It outlines that the unit has skills to look after patients requiring long-term ventilation and weaning. He said medical students from Trinity College will also be placed in the ICU because it had become recognised by them for training in cardiac anaesthesia. Trinity is linked to the DMHG

He said there was "spare capacity to accept referrals from public hospitals and have already taken cases from Beaumont and Tallaght".

He said a number of meetings had taken place with Tony O’Connell, Ciaran Browne and Michael Power, who have visited the ICU and all said they see a place for Blackrock in coping with a public hospital ICU surge.

The e-mail also outlines the cost. It says care in the Blackrock Clinic’s ICU is €2,650 per night, excluding high-cost drugs and blood products. If the patient is covered by private health insurance, then any reimbursement would be deducted from this sum.

"We would be very happy to provide support in your transformation plan for Portlaoise Hospital," said the e-mail sent.

As for tackling waiting the e-mail says Blackrock has the capacity to carry out public hospital waiting list initiatives. He said the hospital has well-trained full-time private consultants available to do this work, in particular in urology and gynaecology.

Under the headline of recruitment and retention of consultants the clinic said it would be interested in working with the DMHG hospitals to recruit "good quality consultants" when access to off-site private practice is often an important condition for the consultant accepting the post.

It is suggested that " private consultants contracting themselves into public hospitals in a sessional manner".

"I hope that Blackrock clinic might, through the progression of some or all of these initiatives, might form a closer working relationship with the Dublin Midlands Hospital Group," it says.

In her written reply Dr O'Reilly thanked Mr Harty for his email of 16th July 2015.

"I appreciate the information you have shared with me. I will copy your email to the CEO’s and General Managers of the 5 Hospitals where we have Emergency and ICU activities so that they are aware in the event of an extreme surge there is additional capacity for critical care," she wrote.

"The Blackrock people did meet with a number of people to say they were extending critical care. I was personally very appreciative to know that resource was available if needed. I communicated that to the Dublin hospitals.

"The communication back from the critical care units was that (if) moving patients to critical care to another hospital from our big teaching hospitals, James, Tallaght, it is very difficult to select a patient out where they are already having care in the big facility," she said.

She said the Dublin hospitals were glad to hear about it but no contract was set up nor did was Blackrock availed of.

"I certainly made it more generally known to the hospitals that if there were more suitable patients and there was extreme congestion this is something that could be considered. That is all we did. It was very unofficial. You don’t contract critical care because the needs of each patient are so different and the critical care experts.

“I should point out very clearly that we did not discuss Portlaoise hospital critical care here. They were looking for ways of having ways of having utilisation of their services.

“It is very simple to me. If we had a situation in our critical care units where people thought patients could be suitable for discharge in this direction it could be considered for sure. The reality is the people having critical care are no doubt critically ill and often have complex needs and you are not going to be transferring out your complex needs patients.

“When we transfer patients out of Portlaoise. They would be going to Tallaght or St James typically. They would be going because they need dialysis or they had multi-system failure involving heart and lungs. You wouldn’t be sending those to a private clinic," she said.

Dr O'Reilly reiterated that Blackrock's offer was not going to be part of the plan for Portlaoise.

“It was never my vision ever that this would be a solution for Portlaoise because patients going out of Portlaoise are always those who have complex needs and they would be going to Tallaght or St James," she said.

She said the proposal was a distraction. Dr O'Reilly said not enough patients are treated at the ICU in Portlaoise which undermines its viability.

"Money is not going to fix that," she told the Leinster Express.