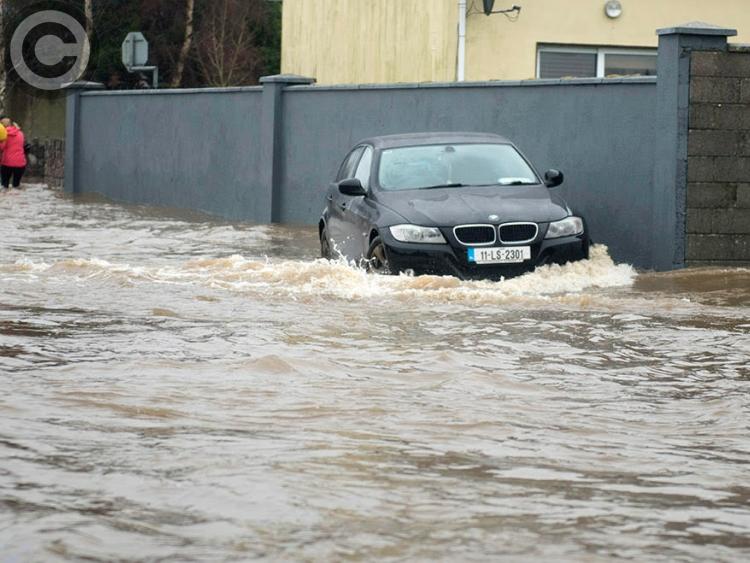 Laois County Council is assembling a emergency response to to deal with flooding in Mountmellick.

The council has confirmed that John Mulholland, chief executive has made the decision in response to the extensive flooding in the town that has led to homes and houses flooded and businesses closed.

The council's roads Department also confirmed that the N80 has closed fully through the town. Traffic has built up as far back as Portlaoise on the national route that runs from the south east of the country to the west of Ireland.

The flooding is the result of overnight heavy rain which continued through the day. The River Owenass runs through the town. It rises in the nearby Slieve Bloom mountains.