Laois County Council advises the public to dial 999 if they need the assistance of the emergency services. 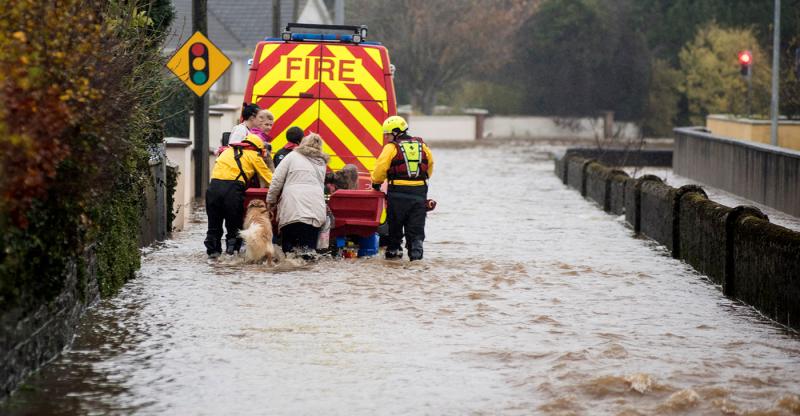 Emergency responders and the public are facing a long night in Mountmellick, Co Laois as a Laois County Council Incident Response Team as become fully operational.

The decision to respond in a co-ordinated way was taken this afternoon by Laois County Council's chief executive John Mulholland after the extreme flooding hit the town.

While a major emergency has not been declared, people have been advised to take extreme caution in the area as flood waters are not yet receding.

Roads crews, Civil Defence crews and Fire Service crews are on the scene. The council urged the members of the public to observe road closure signs, drive appropriately and not attempt to drive through flooded areas.

The council advises the public to dial 999 if they need the assistance of the emergency services.

The council confirmed that the N80 is now closed as is many of the adjoining local roads including Ballyfin to Mountmellick Road, Irishtown, Wolfe Tone Street, Manor Lane are all impassible.

They say that 21 families in Mountmellick are being evacuated from their homes as a result of the flooding. It advises "extreme caution" to be taken in the Mountmellick area and traffic should avoid the town where possible.

Caution is also advised in the Clonaslee area. Alternative routes to be taken if possible.

Laois County Council said it acknowledge and thank the public for their on-going co-operation.