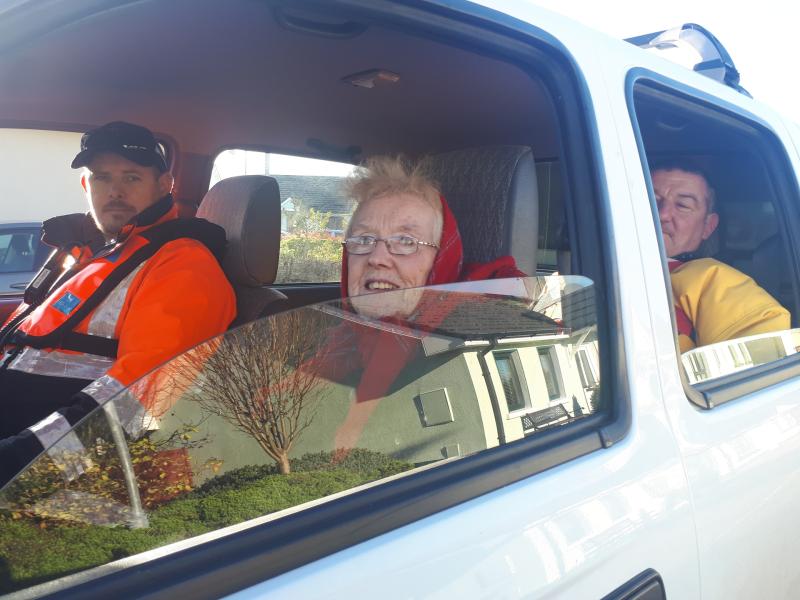 A 75-year-old woman, who has lived in the heart of Mountmellick for all her life, was almost washed away by flooding in a scene she likened to 'the end of the world'

Kathleen Gibson, age 75 has been living on Emmet Street Mountmellick all her life. She has living there alone since her mother died 40 years ago. She spoke to the Leinster Express about what happened.

"This flood near ended the world. The worst I have ever seen. This to me is a disaster, I sincerely mean that. It came up like something you see in a film.

"I went to Hanlon's yesterday to get a few bits and pieces. I noticed the emergency services at the corner at Watchorne's. I saw the boats and walked back towards home.

"Next thing around Dowling's I looked back and all the water was coming behind me. I could see the water coming up and I held on to a man who was walking and the water came up around us.

"There is not a dry stitch in my house. I live in a two storey house on Emmet Street so I slept upstairs last night. Downstairs is destroyed. Laois County Council said they will call to my house to see the damage.

"I thought it was the end of the world, it was all gushing in like a film," she told the Express.