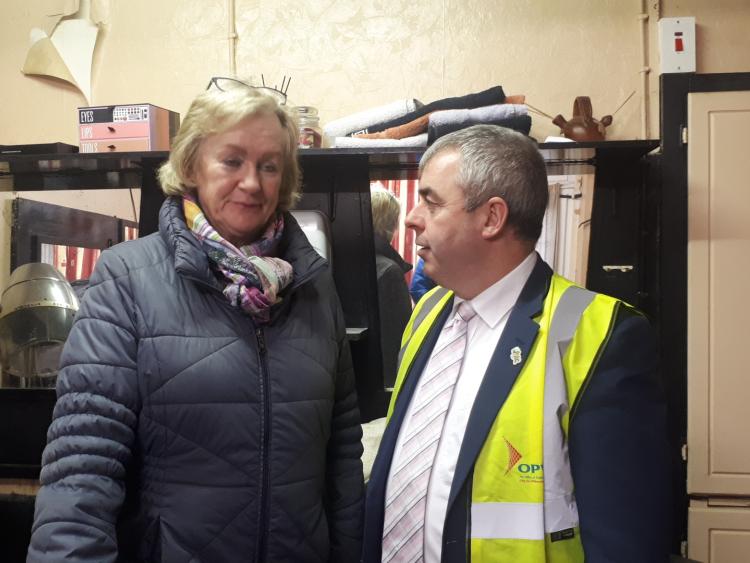 Mountmellick's flood risk will have to re-examined under a national programme because of the devastation caused by this week flood, according to Minister for Flood Relief Kevin Boxer Moran.

The Minister of State at the Office of Public Works also believes that Mountmellick suffered like parts of Donegal which was hit by flash floods during the summer.

Minister Moran saw some of the damage in the Laois town for himself. The town was extensively flooded after a huge quantity of rain overnight Wednesday.

A FLOOD THAT NEAR ENDED THE WORLD

Minister Moran, who himself battled floods in Athlone, also sympathised with local people.

"My heart goes out to the residents," he said.

Minister Moran also confirmed that the CFRAM - Catchment Flood Risk Assessment and Management for the Laois town near the Slieve Blooms would be re-examined. CFRAM is central to the medium to long-term strategy for the reduction and management of flood risk in Ireland. He said the scheme would have to be broadened and Mountmellick would have to be re-examined.

He also encouraged people to avail of the help on offer. This included cash grants of up to €700 per household. He said skips would have to be deployed and dehumidifiers made available.