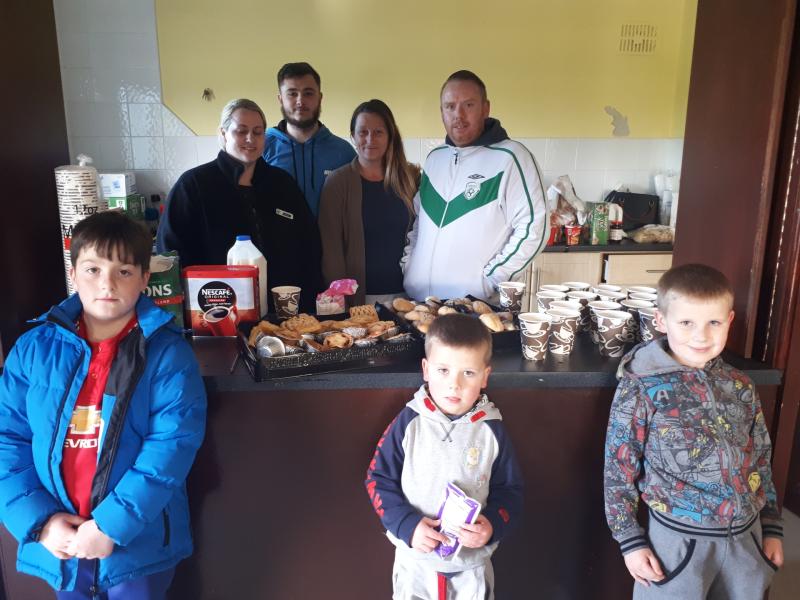 The people of Mountmellick have pulled together in a time of devastating flooding.

Chanele Kavanagh and Dermot McDonnell, both members of Mountmellick United FC, decided this morning to open the club grounds at Conor Davis park on the Bay Road in Mountmellick and welcome emergency workers and any members of the public in for hot food.

Chanele Kavanagh has been collecting food for the homeless.

"I have been working for the past two weeks collecting food for the homeless in Dublin and this week we decided to use it locally. I just thought if we all pull together it would be nice.

"There is chilli, stew, pasta, all of the food here has been donated," she said.

"We decided this morning when we saw people offering help that we could open up the club for anyone who is hungry," he said.

Dermot, Chanele and all of the helpers at Conor Davis Park are inviting any members of the public who have been affected by flooding in any way to come and have a hot meal.

An army of helpers are rallying around the town collecting donations and trying to organise areas that are most in need so they can deliver some hot meals.

Hot chilli dishes, pasta, shepard's pies and more food is available that has been made from donations for homeless people that is now being used locally due to the extreme flooding.

Any food that is not used will be handed out to houses that have been flooded later this evening.

Chanele said that she has been asked to keep this service of hot meals open to the public over the weekend and anyone who can drop up any food would be a fantastic help. All help is welcome to help the people of Mountmellick.

Any money donated will be spent on food supplies for the public.