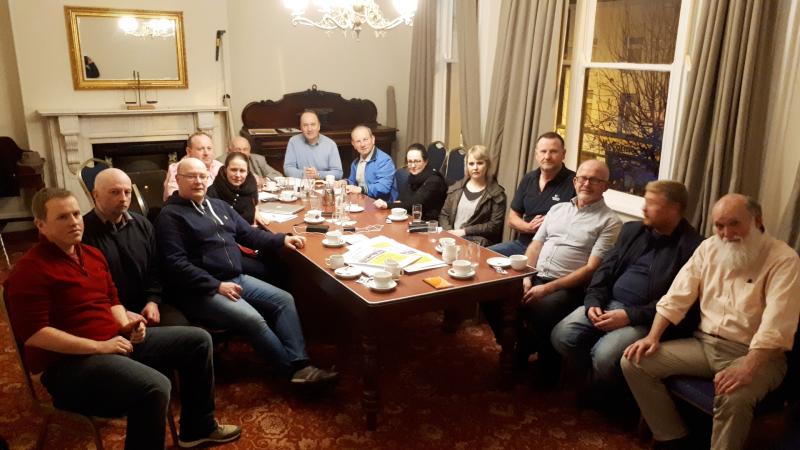 The Portlaoise Hospital Action Committee intends to run a candidate in Laois the General Election if a hospital downgrade plan is not rejected by the Minister for Health Simon Harris.

Mr John Hanniffy, committee secretary, confirmed that a shortlist of three names has been drawn up to run. The committee is fighting a HSE Dublin Midlands Hospital Group plan to remove A&E, maternity, paediatrics, ICU and most surgery from the Midland Regional Hospital, Portlaoise.

"If there is an election and the matter hasn't been resolved in advance of the election, we do intend to running an independent hospital candidate," he told the Leinster Express.

He said decision was not based on timing of the election. He said their final decision is in the hands of Minister Harris.

"There should be no need to run a candidate but if it comes to it we will. Simon Harris can do one of two things he can either accept the report or reject it. I would also be afraid he might fudge it but if there is an fudge or an acceptance, we are running a candidate. A rejection - we won't it's as simple as that," he said.

"We really hope Simon Harris sticks this thing in the bin. Every indication that we have got privately from politicians is that he is going to reject the report but we just don't know," he said.

Mr Hanniffy said the running of a candidate is one of a number actions the committee intends to take to fight downgrade.

The first of these is a protest march planned for Portlaoise next Saturday, December 2.

The Laois constituency was one of the most predictable in 2016. Just six candidates ran with three elected. Sean Fleming of Fianna Fáil topped the poll with Brian Stanley of Sinn Féin coming in second ahead of Charlie Flanagan of Fianna Fáil.

The county is due to be reunited with Offaly under a boundary commission review but the legislation to facilitate this has not been passed by the Dáil or Senate.

Mr Hanniffy said he could not yet say who the candidate might be but said that he or she may not be a member of the hospital action committee.