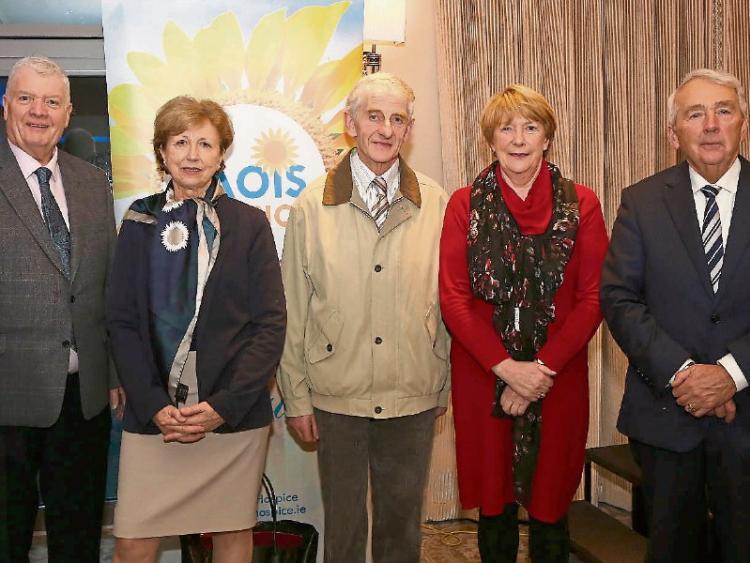 Laois Hospice is set to undertake a survey this year w ahead of a plan to fund homecare could help more Laois people to spend their final days in their own homes.

Details of this and a successful project were outlined at the Laois Hospice foundation in Portlaoise last week,

Laois Hospice Medical Director Mr Peter Naughton told the meeting that the hospice has decided to carry out research to establish if there is a need for more home hospice care.

A questionaire will be drawn up and the hospice hope to survey family members through one to one interviews, the meeting in the Killeshin Hotel was told.

If the results reveal a demand for more homecare, the retired hospital consultant said the plan is to funds the full cost of what is needed.

He also spoke about the Stay Well at Home palliative care programme which ran over the past year at the Cuisle Centre in Portlaoise.

It was run by Stella Moran, Mary Reddy and the other therapists.

On one day a week patients nearing the end of life came to the centre. A total of 36 patients availed of the service. The would spend a day in the centre over a number of weeks, availing of various therapies and other services. A musican and writer were also involved.

“The HSE said it couldn't be done and they have said it would be great if it could be extened,” said Mr Naugton.

As a result of the success the programme will be extended.

Hospice Chairperson Seamus O'Donoghue thanked people of Laois for supporting the hospice care. He singled out the Slieve Bloom Clonaslee Walk and the Laois Vintage Rally which between them have raised €900,000 for the hospice over the past 25 years. He also thanked and congratulated fundraiser John Bolton on his recent Laois Person of the month award for October.

He said all the money raised goes directly to providing hospice car peope in Laois.