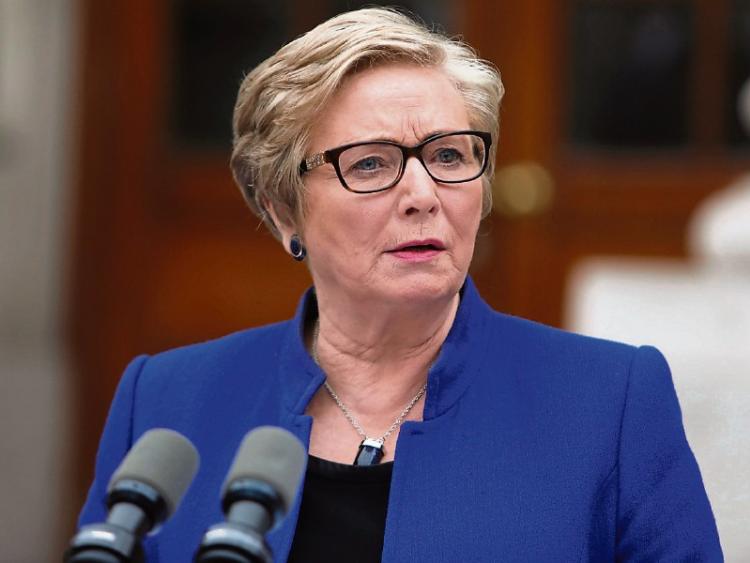 Frances Fitzgerald has today resigned from her position as Tánaiste and Minister for Business, Enterprise and Innovation amid controversy surrounding her handling of information relating to a suspected smear campaign by Gardaí against whistleblower Maurice McCabe.

She has insisted that she resigned of her own volition in the best interests of the country. She says she did not want to be a distraction in such a critical time for this country against the backdrop of Brexit.

SEE ALSO: All you need to know about the Frances Fitzgerald email scandal

Here is her resignation statement in full:

“Today I made the decision to tender my resignation to the Taoiseach, stepping-down with immediate effect as Tánaiste and Minister for Business, Enterprise and Innovation.

“It has been the greatest honour of my life to serve in Government, but I believe it is necessary to take this decision to avoid an unwelcome and potentially destabilising general election at this historically critical time.

Throughout my career I have always sought to act with integrity and responsibility, and that is why I have decided on this occasion to put the national interest ahead of my own personal reputation.

I would like to thank the Taoiseach for showing the same courage and determination to protect my good name that he displayed three years ago when he stood-up and defended the reputation of Maurice McCabe.

What I admire most about the Taoiseach is that he has always believed in doing what was right - not what was popular or politically expedient. I will always be grateful for his confidence and support and for giving me the opportunity to serve in a government that is making a real difference in people’s lives at a critical time in our history.

However, I decided that my continuation in office risks destabilising that good work, and so I have decided to step-down so that this work may continue and the country can be spared an unnecessary election.

It will also allow me to vindicate my good name at the Charleton Tribunal, without causing any further distraction to the work of the government.

I have always believed in due process and I believe that in the current situation that is becoming increasingly difficult for me. I acted correctly in difficult circumstances and, in fact, did everything that I could to support the search for truth and protect whistleblowers.

I would like to thank all those who have worked with me over the years and I am so grateful for the incredible support I received from family, friends, supporters, staff, and my constituents in Dublin Mid-West. And I look forward to continuing to serve all the people of Dublin Mid-West."