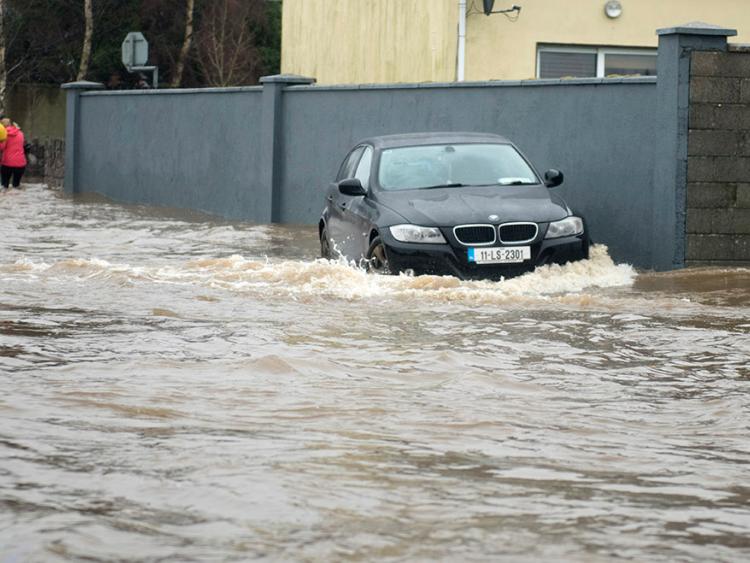 A fund worth €2 million has been approved to help clubs, organisations and small businesses hit by the floods that caused extensive damage.

Laois TD and Charlie Flanagan has confirmed that the Cabinet has approved the establishment an emergency support scheme for those businesses and community/voluntary/sporting bodies affected by the floods.

Speaking after this morning’s Cabinet meeting, Minister for Justice and Equality Flanagan said the recent exceptional heavy rainfall and flooding on the 22nd & 23rd November 2017, particularly in the Mountmellick, Clonaslee & Portarlington areas caused a very difficult situation for many small business and community/voluntary and sporting organisations in these areas.

“I am happy to confirm that, this morning the Cabinet approved the establishment an emergency support scheme for those businesses and community/voluntary/sporting bodies affected by the floods, many of who, through no fault of their own, could not obtain flood insurance, but experienced flood damage to their premises," he said.

He said the Government has moved to have this scheme operational as quickly as possible and in a manner which is designed to be straight forward to best assist those who have been affected.

“The scheme is a humanitarian support contribution towards the costs of returning business, sport and community premises to their pre-flood condition including the replacement of flooring, fixtures and fittings and damaged stock where relevant. “

The scheme, which will be undertaken by the Department of Defence, will be similar to the one established in late 2015, following Storm Desmond and in August this year, following the flooding in Donegal.

“The Scheme which is estimated at up to €2 million, will be allocated through the Irish Red Cross who will administer the Scheme and have already made the application forms available on their website, at the following link https://www.redcross.ie/news- and-events/laois-humanitarian- support-scheme/

The scheme will have two stages:

2. In the event that the premises have incurred significant damages above €5,000, the second stage will provide a means to seek further support. The total level of support available for both stages combined will be capped at €20,000

“Today’s Scheme is in addition to The Humanitarian Assistance Scheme which was activated last week by the Department of Social Protection. This scheme is available to assist people whose homes are damaged by flooding. The scheme is means tested and assistance is not provided for losses covered by insurance.

“It is a very difficult time for those affected by the flooding. I urge those people affected and who are eligible, to apply for these schemes.”

“I wish to pay special tribute to the members of the Fire Service, Laois County Council, Civil Defence and the countless volunteers who worked diligently throughout the night pumping water in an effort to protect businesses and homes from further damage," he said.

Minister Flanagan said It is important that people get back into their businesses and homes as quickly as possible.