Maternity units in Laois, Galway, Westmeath may move to Tullamore after Portlaoise downgrade 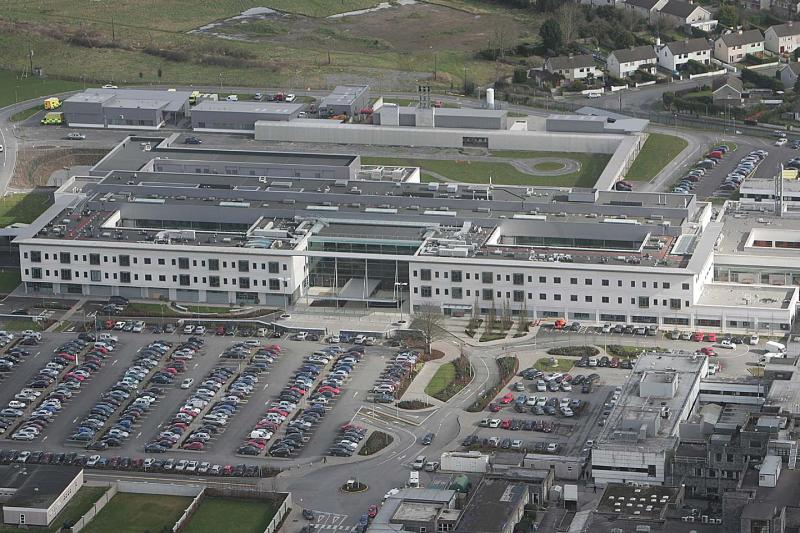 The building of a big new maternity unit in Tullamore hospital subsuming units in Laois, Galway and Westmeath will be considered by a steering group responsible for downgrading Portlaoise hospital.

Under the leaked plan Dublin Midlands Hospital Group Plan maternity services would be removed from the Midlands Regional Hospital, Portlaoise.

The leaked plan is referred to as Phase 1 and Phase 2 is implementation. In an appendix to the Phase 1 document on page 126, the DMHG says the Coombe Women and Infants University Hospital will require extra additional inpatient and delivery ward space. Also needed is the replacement of theatres in the south inner city Dublin maternity hospital.

The plan says the Coombe's birth rate has declined so the capacity needs to cope with three to four extra births following Portlaoise's downgrade will be 'modest'.

"The transfer of all maternity services to a large new maternity hospital on the Tullamore site, which could provide capacity for deliveries from Mullingar and Portiuncla/Ballinasloe, as well as Portlaoise; These are likely to be plans which would follow on an earlier transfer to the Coombe Women and Infants University Hospital."

Such a move could prove complicated as the Westmeath and east Galway hospitals are under the management of separate hospital groups.

The downgrade plan says the clinical pathways being developed will drive demand for capital for facilities to support these services.

The report says the expansion of Tullamore hospital and refurbishment of the Coombe are 'essential elements' in the proposed changes.

Paediatrics and A&E services would transfer to the Midland Regional Hospital Tullamore if the Minister for Health Simon Harris gives the  for Portlaoise's downgrade.

The plan says €18 million would be spent in Portlaoise hospital's maternity and general outpatient departments refurbishment and extension to be complete by 2021.

The Government or Department of Health has not approved funding for any of these plans.