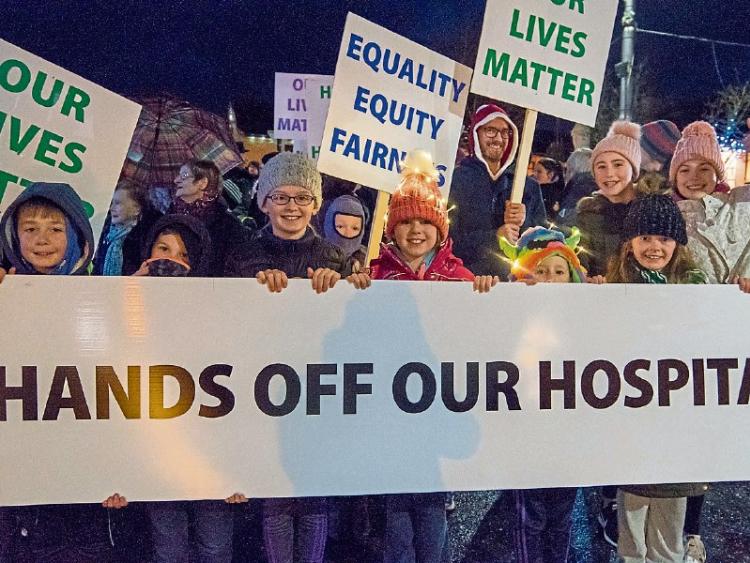 Hospital services in a county where a hospital was downgraded have suffered, according to the chairman of the action group that tried to save services there.

Peadar McMahon, chairman of the Monaghan Community Alliance, has written a letter of support to the Portlaoise Hospital Action Committee.

In it, he said promises were made but not delivered. He said a cash investment was never delivered upon.

“Monaghan was promised better services but they never materialised. Indeed they deteriorated,” he said.

In 2006, thousands took to the streets in Monaghan to protest. All acute services were withdrawn in 2009.

“We in Monaghan are convinced that downgrading serives in Monaghan General Hospital has put more lives at risk than when the hospital was offering full services and that needless deaths have happened,” said Mr McMahon.

In a statement the Portlaoise committee secretary, John Hanniffy said the HSE was prematurely rolling out re-configuration plans without conducting robust research on the impact.

“The assertions made in this letter highlight the necessity for an independent investigation to be conducted into the actual impact of such a downgrade upon people.

“This is a fairly basic but highly important part of the change process,” he said.

Mr Hanniffy said there appears to be a failure to plan systematically for the evaluation of the impact of change.

He said the HSE appears to be intent on rolling out changes nationwide, without analysing the impact first.

He said the letter is a warning to all those who depend on MRHP for their lives, to not accept the empty promises of the HSE.

He warned the public not not to believe the claims that MRHP will still thrive and that peoples lives wont be affected or lost.

“Perhaps they were so determined to push re-configuration through, that they did not want a policy expert telling them that they should not plan to move past a pilot study to analyse impact before rolling plans out further.

“Perhaps they knew that in trying to save money, they were sacrificing the one thing which is their business to do: to safeguard lives!”

The committee believe Mr. McMahon’s letter unveils the dark side of the re-configuration coin.