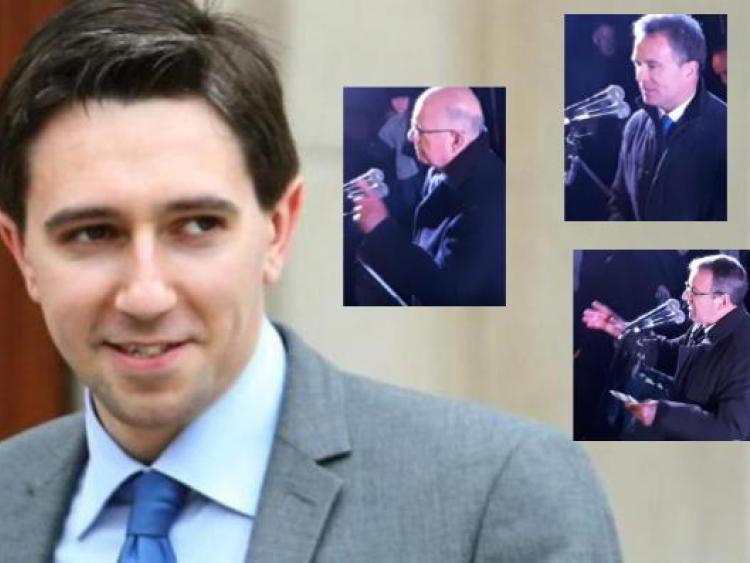 The Minister for Health is not due to meet the Minister for Justice Charlie Flanagan and his fellow Laois TDs to provide clarity on Portlaois hospital, today, Tuesday, as had been expected.

Minister Flanagan and Deputy Brian Stanley confirmed to the Leinster Express that a meeting would not take place on December 5. Neither TD could say if Minister Simon Harris had yet committed to a date this week to meet with themselves and Fianna Fáil TD Sean Fleming.

Minster Flanagan told a public protest in Portlaoise last weekend that a meeting would take place this week. The Fine Gael TD later told the Leinster Express that it could take place as early as Tuesday.

However, both TDs have since confirmed to the Leinster Express that the meeting was not happen. Dep Stanley said he has been in touch with the Minister's office.

"It is not happening today. I was in contact with the Minister's office again today and am waiting on word back as to when it will happen," said the Sinn Féin TD.

All three Laois TDs are opposed to the downgrade of the Midlands Regional Hospital, Portlaoise. The all spoke at a Portlaoise Hospital Action Committee protest attended by thousands of people last Saturday.

In the wake of the protest he Leinster Express asked the the Department of Health and Minister what was the view of the protest against the hospital.

The reply said that 'patient safety must come first'. It concluded that the Minister is ensuring that the report is thoroughly considered in the context of a range of very important issues including bed capacity, demographic needs, future population in the midlands, hospital group configuration and Slaintecare.

If implemented the HSE would withdraw A&E, maternity, paediatrics, ICU and most surgery from the hospital.

Full Department of Health statement to the Leinster Express.

The most important issue in relation to consideration of services at the Midlands Regional Hospital Portlaoise is that patient safety and outcomes must come first.

Since 2014, the focus has been on supporting the hospital to develop and enhance management capability, implementing changes required to address clinical service deficiencies, and incorporating the hospital into the governance structures within the Dublin Midlands Hospital Group. Significant work has been undertaken to strengthen and stabilise current arrangements for services at the hospital to ensure that services currently provided that are not sustainable are discontinued and those that are, are safety assured and adequately resourced.

The HSE has confirmed that hospital funding has increased by 28% relative to the 2012 budget and staffing levels have risen by 29% from the 2014 base. Funding of €300,000 has also been provided in 2017 to facilitate the opening of the new medical assessment unit.

In addition, governance and management arrangements in Portlaoise Hospital have been strengthened, additional clinical staff have been appointed and staff training, hospital culture and communications have improved.

The Dublin Midlands Hospital Group has been working for some time on a draft plan for a new model of clinical service delivery at Portlaoise Hospital. A draft plan was submitted to the Department in December 2016. This draft report was reviewed in detail and was the subject of detailed engagement between Department officials and the HSE. Significant additional work was undertaken by the HSE on foot of this engagement resulting in a revised draft plan that was submitted to the Department in September 2017.

The draft plan has been submitted to the Department and it is being reviewed in detail. Once there is an agreed position on the draft plan, it is intended that there will be further engagement with all interested parties, to ensure that the needs of patients, staff, the local and wider community are addressed.

The Minister is ensuring that the report is thoroughly considered in the context of a range of very important issues including bed capacity, demographic needs, future population in the midlands, hospital group configuration and Slaintecare.