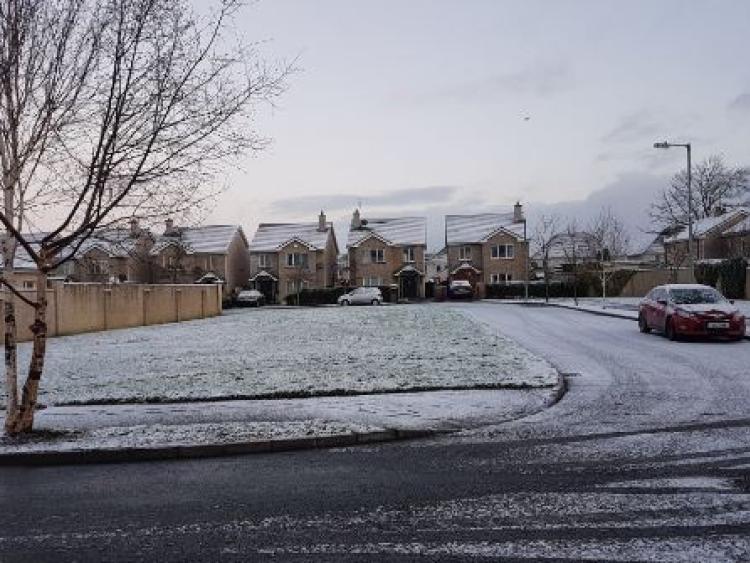 A Status Orange snow and ice alert has been issued for Laois for this weekend.

Laois is one of 17 counties included in Met Éireann's latest Status Orange snow and ice warning.

Some parts of the county have already experience snowfall today.

#sneachta has landed here in Portarlington but the roads are salted so there's nothing stopping you take a test drive #michaelmooreportarlington #volkswagen #michaelmoorecarsales #snow pic.twitter.com/njaGDCgSu4

It's Beginning to Look a lot like Christmas #Snow #Portarlington pic.twitter.com/JpSrQyf0dV

Up to 3cm of snow was forcast between Thursday and Friday with this icy warning set to continue until 11pm on Sunday.

"Significant falls of snow are expected Saturday night and into Sunday. Accumulations of 4 to 8 cm could occur quite widely with greater totals possible. Drifting snow locally at times too with brisk winds. Slippery paths and treacherous roads also due to snow accumulation and ice.

AA Roadwatch has advised motorists to allow extra time to defrost your car before your journey and keep in mind that stopping distances are up to 10 times longer in icy conditions.

RTE PrimeTime special on Portlaoise told hospital campaigners were 'codded ' and services got worse after downgrade.