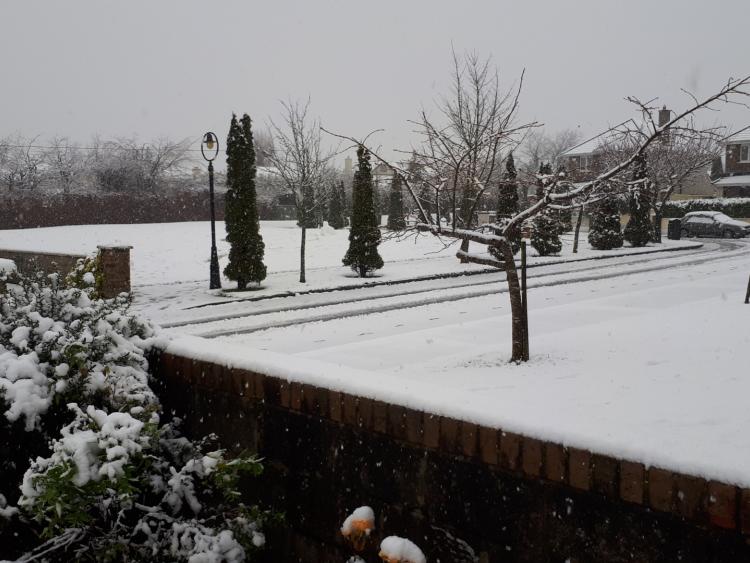 The heavy snow will be slow moving and will be followed by a plunge in temperatures, possibly as low as -8c in places Met Éireann has warned.

In its latest update the forecaster says there will be further falls of snow, rain and sleet this morning in Connacht, Leinster and Munster, moving slowing southwards this afternoon and evening.

Met Éireann said that Laois and surrounding counties would be in the direct path of the snow.

Temperatures of just 1 to 3°C for most areas (5 to 7°C in the SW) with modest east to north east breezes.

The forecaster says  the mix of heavy rain sleet and snow will cause dangerous & possibly disruptive conditions in places.

A Status Orange Alert for snow and ice remains in place.

In its latest tweet the forecaster warned of an extremely cold night, lows of -2 to -8°C.