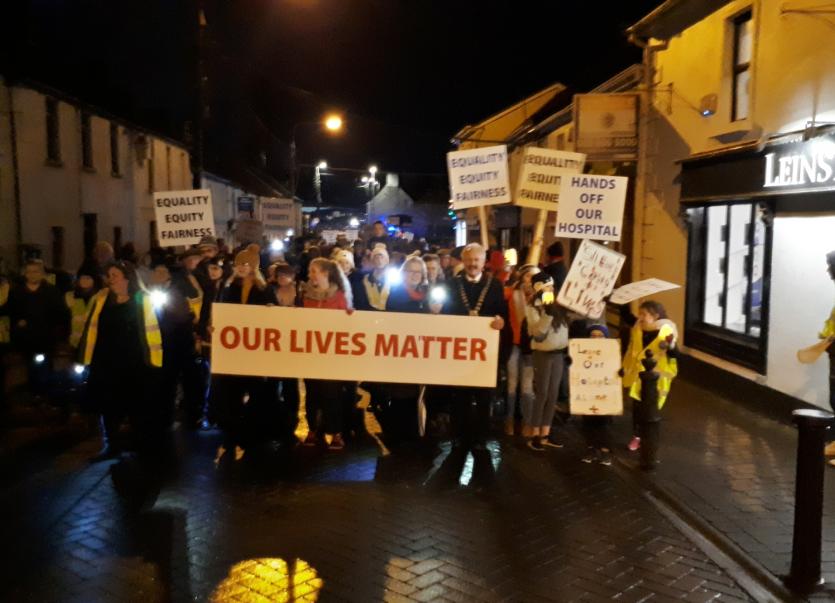 In the last few days, on behalf of the committee, secretary, John Hanniffy wrote to the Taoiseach Mr Varadkar, to the Minister for Health Harris and to the leader of Fianna Fáil, Micheál Martin.

They said the ntention of sending these letters was to request an urgent meeting to discuss the leaked downgrade plan for the Midland Regional Hospital Portlaoise which is under consideration by Minister Harris.

Mr. Hanniffy highlighted the committee’s and the people’s dissatisfaction with the lack of consultation throughout the process, which produced this report.

“It is very clear that the committee has a mandate to approach key leaders and to open up lines of engagement. The people of Laois and the surrounding areas have been unimpressed to say the least, by the lack of acknowledgment surrounding this movement; a movement which resoundingly calls for the report to be rejected and for the process to be reset.

"Out of respect for a committee which is advocating for the people, we would expect for a meeting to be facilitated,” he said.

The committee has yet to receive responses.

The Minister is to meet three Laois TDs this Wednesday 13th. The committee has sought to attend through Brian Stanley, Sean Fleming and Charlie Flanagan.

They hope the TDs advocate strongly for our attendance, due their engagement with all affected stakeholders: consultants, general practitioners, nurses, patients and the public, both within and far beyond Portlaoise.

They say they hope that Minister Harris breaks with the trend to fail to engage with those affected.

Meanwhile, the committee says Professor John Browne of the School of Public Health, University College Cork will travel to Portlaoise in the coming days to present  evidence on provision of urgent and emergency care in Ireland.

Unlike the report currently with the Minister, the action committee says this robust research engaged with a wider sample of stakeholders and followed a methodology which received ethical clearance.