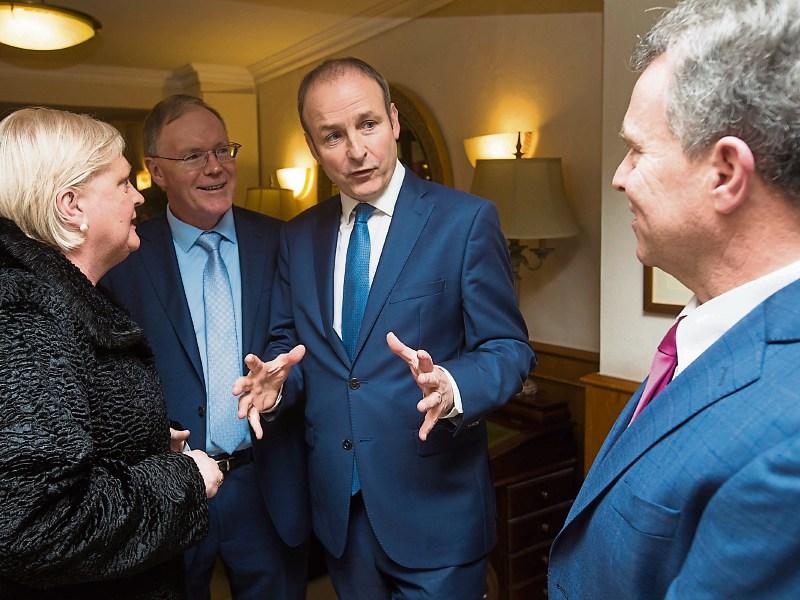 Micheál Martin with Sean Fleming and other Fianna Fáil members in Laois.

Fianna Fáil leader Micheál Martin has agreed to meet the Portlaoise Hospital Action Committee on the future of hospital services in Laois.

The Fianna Fáil press office told the Leinster Express that Mr Martin had agreed in principle to meet the campaign committee after receiving a request from its secretary John Hanniffy.

A date has yet to be fixed for when the meeting would take place.

The committee has also asked for meetings with the Minister for Health Simon Harris and the Taoiseach Leo Varadkar.

Minster Harris told Morning Ireland on RTÉ that he would provide clarity on the hospital's future by the end of 2017.

Sinn Féin's spokesperson on Health, Louse O'Reilly spoke at a public meeting in Portlaoise in November.