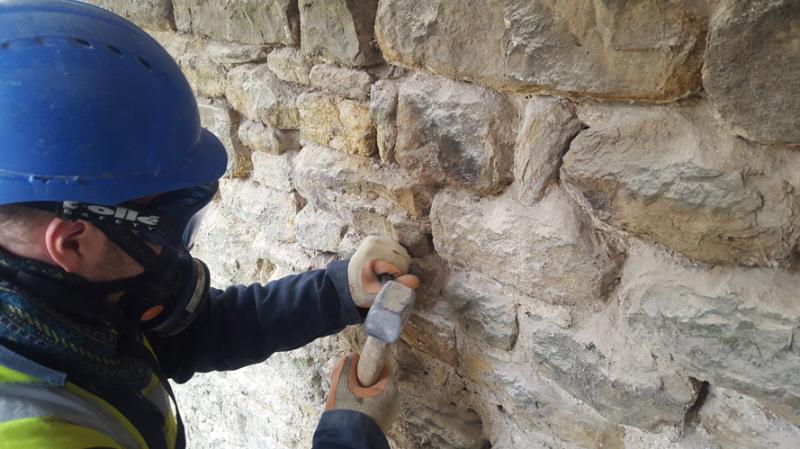 Cllr Ben Brennan from south east Laois said that if Killeen bridge in his area had been repaired by council staff, the job would have been done correctly.

"When Killeen bridge was being repaired, we had foreign nationals repairing it. The joints that were repaired are falling out. If we had had our own people, anything Laois County Council does is 100 percent. If we bring in different people, we are not watching them," he said.

Cllr Brennan said he had done masonry work himself.

"I've done pointing, this wasn't mixed right. It's supposed to be sealed, it's not done right. You can pull it out of the wall. It's meant to be specially mixed and sealed," he said.

He wants Laois County Council to "keep it local" and take on a stone mason.

"You go into Kilkenny, they've no problem because they've two or three people going around pointing bridges, working for Kilkenny County Council. They've even done a bridge in Laois, in Doonane, on the border," he said.

Cllr Brennan had a motion at the December meeting of the Portarlington Graiguecullen Municipal District asking for an update on the bridge wall on the R431 in Mayo, Crettyard.

He was told by senior council engineer John Ormond that the works have been procured and a contractor has recently been appointed to carry them out. The job is expected to be be complete in early 2018.

"We don't have any stonemasons or blocklayers on staff in the eastern area," Mr Ormond told him.

Mr Ormond added that there was "an issue" with a member of staff regarding stonemasonry.