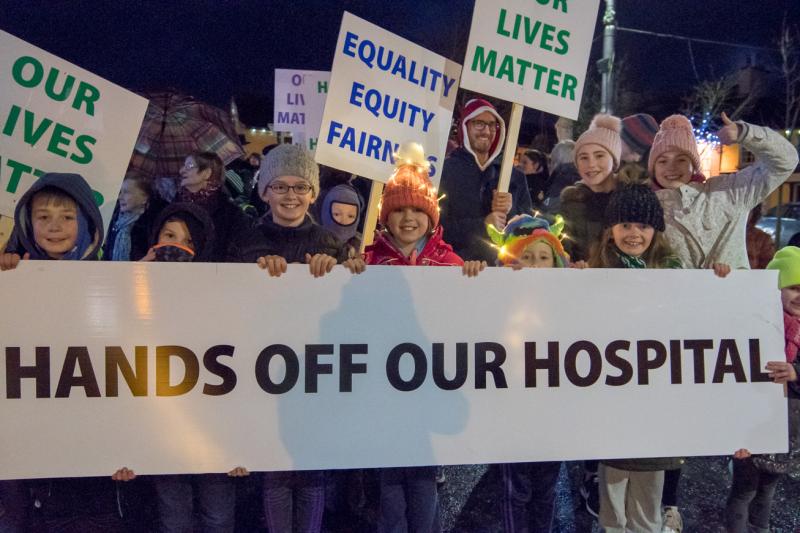 People are being 'mislead' by the HSE's hospital management that a strategy for Portlaoise and six other hospitals does not include the downgrade of Portlaoise hospital, a Laois TD has claimed.

The reply from Dr Susan O’Reilly’s office yesterday that the Strategy plan being launched on Thursday, December 21 “is not related to the proposed action plan for Portlaoise” is misleading and only adds to the confusion according to Brian Stanley.

The Sinn Féin TD said she is correct in saying it’s the Dublin Midlands Hospital Group (DMHG) Plan, 2018-2023, and it's “for the seven hospitals in the group laying out a blueprint” for them.

"The facts are this plan was leaked to me two month ago and sets out clearly it covers the sven Hospitals in the Group (DMHG) including Portlaoise. I also received a copy of a letter sent with it inviting HSE managers to “formally sign off” on this “Final Draft of Strategic Plan for the Dublin Midlands Hospital Group 2018-2023” on the 25th October  in Bridgewater House, Conynham Road, Dublin. My information is this happened.

"It’s misleading for Dr O’Reilly to say it is “not related” to Portlaoise as it is central to the DMHG Plan and there are numerous references to Portlaoise in it.

Dep Stanley said that on page 40 it sets out clearly what is planned for Portlaoise - a “General Practitioner referred medical assessment unit and a 12/7 local injury Unit”. It adds “We will expand emergency department capacity, principally in Tallaght and at the Midlands Regional Hospital Tullamore”.

"This overall Plan for the DMHG could not be clearer," he said.

The TD said he gave a copy of it to the Hospital Action Committee and local medics.

"We are well aware there is a plan dealing specifically with Portlaoise on the Minister’s desk for over a year and he informed myself and the 2 other Laois TDs last week that he has made no decision on it.

"On the one hand there cannot be a plan signed off on and launched next Thursday, that sets out in black and white the downgrade of Portlaoise, and on the other hand this statement from Dr. O’Reilly which says it’s not related to Portlaoise. Either all references to Portlaoise Hospital have been removed or we are being deliberately misled,” he said.