Ireland is set to be hit by the first storm of 2018 as Storm Eleanor is set to sweep in from the Atlantic with counties across the middle the country worst hit including Laois.

Met Éireann has put much of the country on its second highest alert a STATUS ORANGE for which will be accompanied by extensive rain.

The warning was upgraded to Storm Status on Monday evening, January 1.

Met Éireann's warning says strong wind will move quickly across the country Tuesday evening and  into the night. West to southwest winds of mean speeds 65 to 80 km/h, gusting to 110 to 130 km/h, with damaging gusts are expected.

Very high seas are expected along Atlantic coasts, with a risk of coastal flooding also. 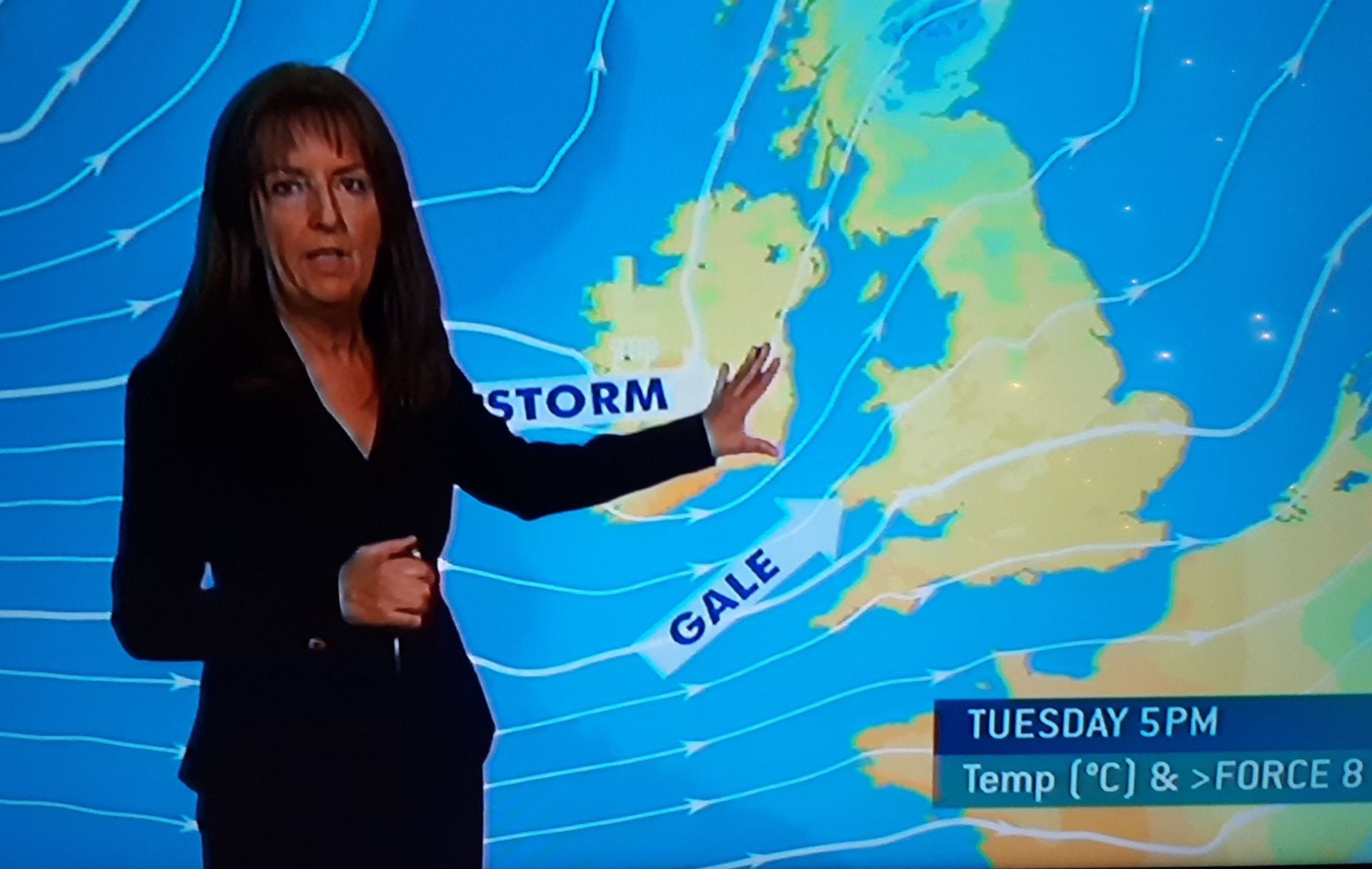 A STATUS YELLOW wind warning has also been issued for to southwest winds of mean speeds 55 to 65 km/h, gusting to 90 to 110 km/h, will develop on Tuesday evening, continuing through Tuesday night and Wednesday.

There is the potential for even stronger winds developing locally or a time on Tuesday evening, with damaging gusts.
Very high seas along Atlantic coasts, with a risk of coastal flooding.

The latest storm follows on from Storm Dylan in late December. Forecaster Evelyn Cusack said in her  Weather forecast that the exceptional cold over North America is causing the storms. 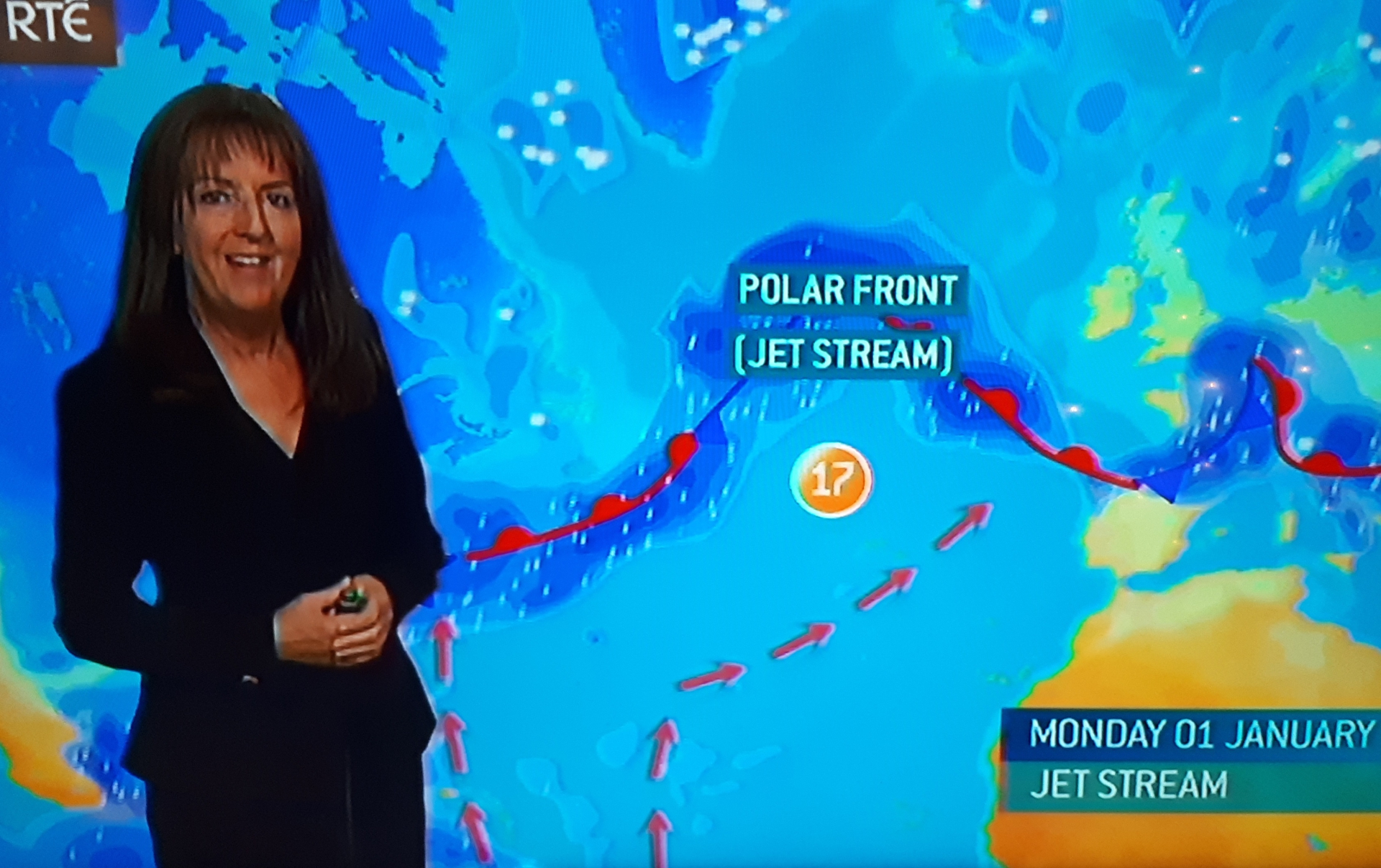 Showers will largely die out early tonight and it will become mainly dry, with clear intervals, but cold, with some frost, especially in the eastern half of the country. Minimum temperatures 0 to 4 Celsius. Outbreaks of rain will extend gradually from the Atlantic overnight and in the early morning and temperatures will rise, in freshening southerly winds.

Tuesday morning will be cloudy and wet at first, with outbreaks of rain, clearing eastwards during the morning, with some dry intervals developing for a time. However, further outbreaks of rain will extend from the Atlantic during the afternoon, turning heavy in many areas, with a risk of thunder. Very strong to and blustery west to southwest winds will develop in the evening associated with storm Eleanor, with damaging gusts. Also, very high seas. Maximum temperatures 8 to 13 Celsius.

Tuesday night will continue windy with strong southwest to west winds, reaching gale force along western coasts. Lowest temperatures will be between 3 and 5 degrees and there'll be further showers along the western coastal areas too, elsewhere will be drier with clear spells.

Wednesday will be a windy day with further showers, there'll be longer spells of rain for Ulster. The winds will ease up later Wednesday evening and into Wednesday night. Temperatures in the afternoon will be 7 to 9 degrees and will feel much colder in the strong westerly winds. Temperatures overnight will fall overnight to between 2 and 4 degrees and winds will steadily ease overnight becoming light to moderate by morning.

There'll be further rain and showers on Thursday and strong northwest winds will develop in the second half of the day. Temperatures will be around normal for the time of year but it will be cold and frosty overnight.

Friday and the weekend will be cold as northerly winds become established during Friday. There'll be further showers for Friday but the signal for the weekend is for somewhat drier conditions for a time. Showers may affect eastern coasts at the end of the weekend, possibly becoming wintry.