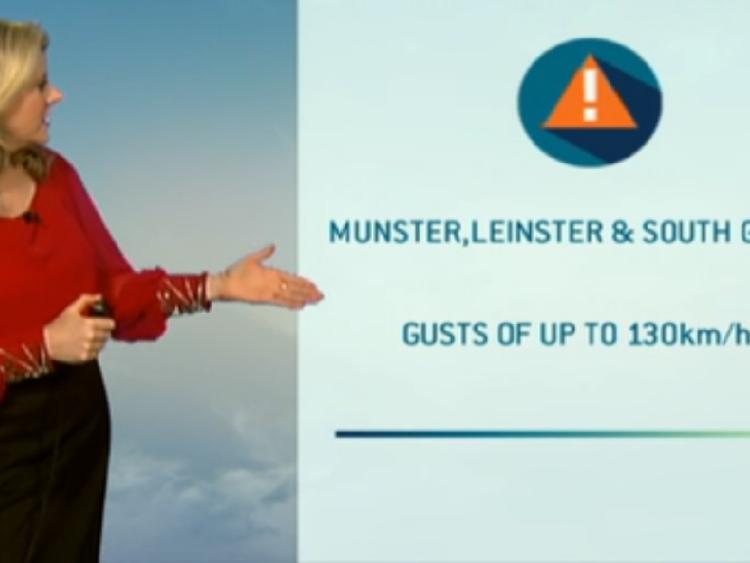 Met Éireann has updated its weather warnings for Storm Eleanor saying it is now expected to last longer than previously expected with winds gusting to 130 km/h.

The STATUS ORANGE Wind Warning remains for Munster, Leinster and Galway. In an update to its previous warning, Met Éireann says Storm Eleanor will move in off the Atlantic later this afternoon and will move very quickly across the country this evening.

Southwest to west winds of mean speeds 65 to 80 km/h, gusting to 110 to 130 km/h, are expected. Very high seas along Atlantic coasts, with a risk of coastal flooding also.

While the brunt of the Storm will last just a few hours, the winds will only ease slightly causing Met Éireann to issue warnings that will run into Wednesday afternoon and evening.

A STATUS ORANGE Wind Warning is also in place for Galway, Mayo, Clare, Cork and Kerry. Met Éireann says westerly winds of mean speeds of 65 to 80km/h with gusts of 110 to 130km/h expected at times overnight and into Wednesday mainly in coastal fringes and on high ground. 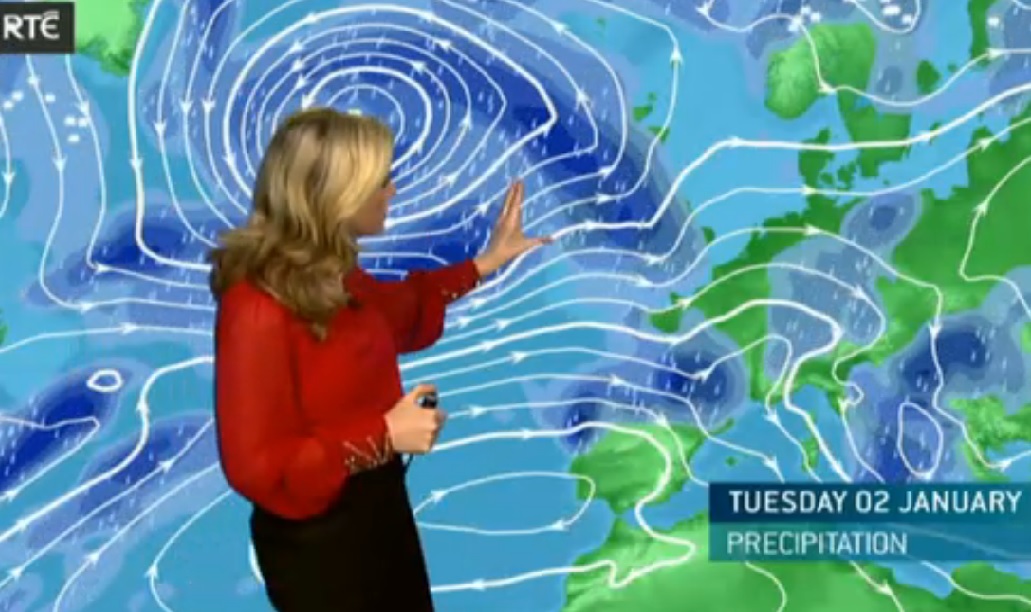 A STATUS YELLOW Wind Warning for the entire country has been update. Met Éireann says southwest to west winds of mean speeds 55 to 65 km/h, gusting 90 to 110 km/h, will develop later this afternoon and evening and will continue overnight and through Wednesday.

This as result of Storm Eleanor. A period of stronger winds are expected for a short time later today and this evening. See orange warning for details.

A STATUS YELLOW Rainfall Warning in also in place for Connacht and Donegal. This will include some thundery downpours in places on Tuesday afternoon and early evening with falls of 20 to 25 mm in some parts.

MOTORISTS URGED TO BE ON ALERT

Extremely windy and blustery in all areas overnight, with the strongest of the winds early tonight along the east coast, but in Atlantic coastal counties later, where seas will continue very high. Some damage and coastal flooding possible. Squally showers also, with some hail and thunder in places. Lowest temperatures 3 to 7 degrees Celsius.

Windy and showery for much of Wednesday. Strong and gusty westerly winds will be up to gale force and squally in Atlantic coastal fringes where seas will remain very high. Many showers heavy and some with hail and thunder. Top temperatures 7 to 10 degrees Celsius.

General: Changeable and unsettled.
Wednesday night: The westerly winds will decrease moderate to fresh overnight and most of the showers will die out. Lowest temperatures 1 to 4 C., with some frost in places before dawn.

Thursday: Rain will spread up from the southwest on Thursday and will become heavy in places. There is the risk of severe/damaging winds too in the South and West. Highs of 7 to 11 C., are expected. Further rain or showers overnight, heavy at times and with some sleet in places. Some spot flooding is possible. Turning cold too, as winds become northerly. Lowest temperatures zero to plus 3 C.

Friday and the weekend will be cold, with north to northeasterly winds. Windy on Friday and Saturday, with occasional showers, mainly in eastern and northern coastal counties, where a few could be wintry.

But mainly dry on Saturday night and for Sunday, with slack winds. Top temperatures on Friday of just 4 to 7 C and it will feel colder in the stiff wind.

Daytime values will struggle to get to between 2 to 5 C., thereafter and values at night will be below freezing, especially so on Saturday and Sunday nights, so a frosty weekend, with icy roads.