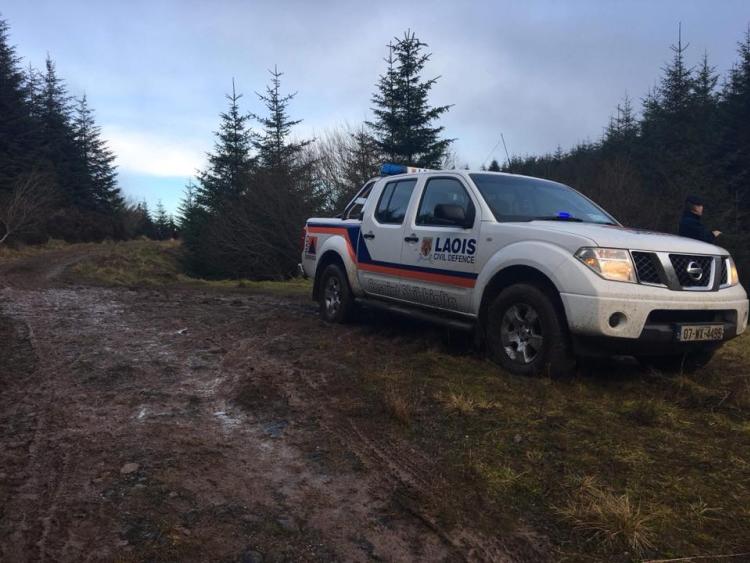 A woman became trapped between rocks near Glenbarrow Waterfall in the Slieve Bloom Mountains on Sunday, January 7 while out walking.

The alarm was raised and members of Laois Civil Defence responded to a call to assist the National Ambulance Service (NAS) on Sunday afternoon.

Laois Civil Defence assisted in extracting the woman, who had suffered a number of injuries, from where she was trapped in the rocks a short distance from the popular walking area.

The woman was taken to Tullamore hospital for observation.

Two units from Mountmellick and Stradbally helped at the scene between 4pm and 5pm.

It is understood the roads up to Glenbarrow were treacherous due to the icy road conditions and walking conditions were also dangerous.

Weather warning from Met Eireann for severe freeze up.

Laois CD were requested today by @AmbulanceNAS to assist a crew with a patient in the Slieve Bloom Mountains. Members of our Mountmellick and Stradbally unit were in attendance.

Bernard O'Shea had a humourous twist on the tango on Dancing With The Stars.