Revenue seizes €20,000 worth of tobacco, drugs and hash cakes in Portlaoise 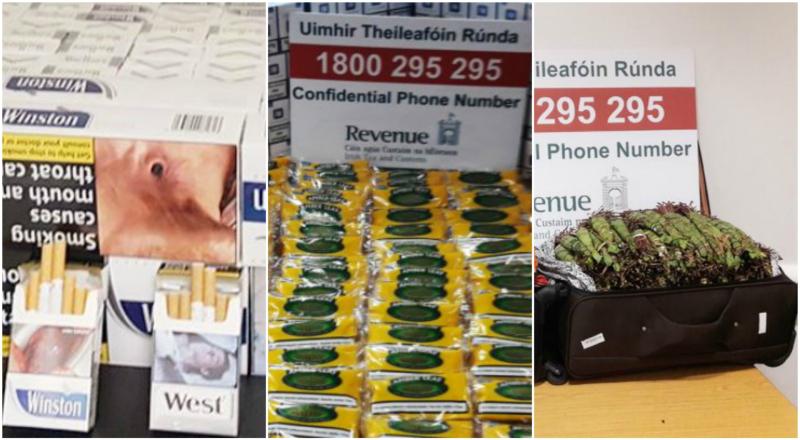 Revenue seizes €20,000 worth of tobacco, drugs and hash cakes at Portlaoise mail centre

Cigarettes, tobacco, cannabis, khat and hash cakes were seized at Portlaoise Mail Centre on January 5 in an operation by Revenue officers.

Revenue officers at the Portlaoise Mail Centre, assisted by the detector dog team, seized 19,200 cigarettes, 9kg of tobacco, 500g of cannabis, 12kg of khat and 1kg of hash cakes. The total value of the combined drug seizures was approximately €20,650.

In addition, 3,500 suspected diazepam tablets and 1,000 other tablets of various types were detained under Section 32B of the Irish Medicines Board (IMB) Act and transferred to the Health Products Regulatory Authority (HPRA) for disposal.

Over the three week period, tobacco and alcohol products with a combined value of over €138,000, representing a potential loss to the Exchequer of almost €85,000, were seized. The estimated value of the drugs seized is in excess of €47,000.

This seizure in Portlaoise was part of a large-scale operation at a number of locations nationwide which are outlined below. 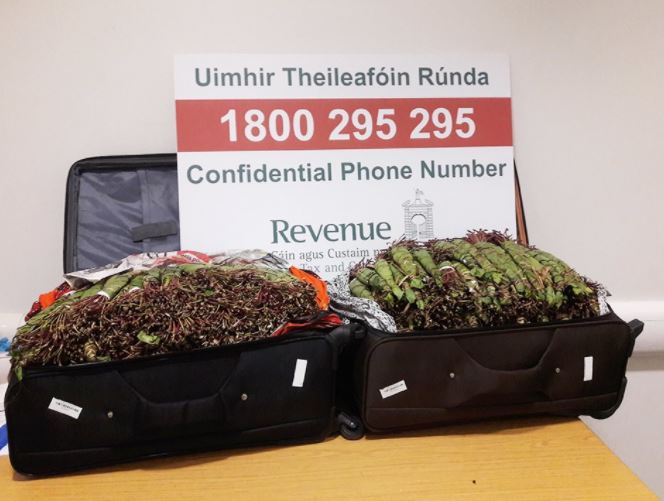 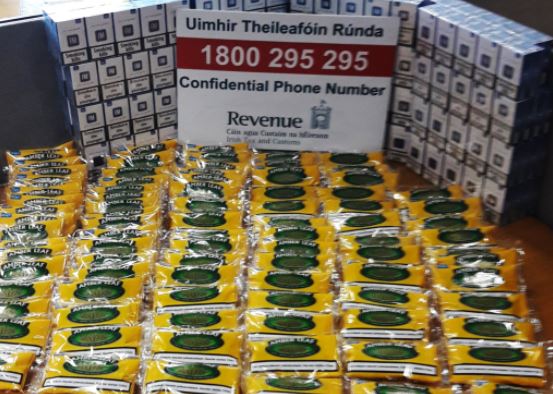 On Friday January in an operation focusing on the illicit tobacco trade in Dublin City, Revenue officers seized 6,400 cigarettes and 4.7 kg of tobacco when they carried out a search under warrant of a retail premises in Dublin 16.

The cigarettes are branded ‘FM’ and the tobacco is branded ‘Amber Leaf’. The retail value of the contraband is over €6,000 representing a potential loss to the Exchequer of approximately €4,765. An Irish man was questioned and investigations are ongoing with a view to prosecution.

In routine operations around the country in the past three weeks, Revenue officers have seized cash, drugs, alcohol, and tobacco products, with a combined value in excess of €200,000. This included  63,700 contraband cigarettes, 11kg of tobacco, over 25,500 litres of beer, 56kg of khat, cash amounts of €15,120 and £3,500, and small amounts of amphetamines, cannabis and assorted medicines.

In a separate operation in the Dublin 13 area, they searched a house under warrant, and 4,800 unstamped cigarettes, along with cash amounts of £3,500 and €520, which are suspected to be the proceeds of, or intended for use in, criminal activity.

On 21 December, a Lithuanian man who had arrived at Dublin airport from Copenhagen carrying over 12,000 illegal cigarettes was sentenced to three months imprisonment when he was brought before Judge Blake, at Cloverhill Court. In other Dublin Airport operations during the same week, a further 18,200 cigarettes were seized.

On Saturday 30 December, 44kg of khat, with an estimated value of €22,000, was seized when Revenue officers stopped and questioned a 47 year old UK national, who had travelled to Dublin from Nairobi, via Dubai.

Separately, on the same day, and in accordance with proceeds of crime legislation, officers seized €14,600 cash from a 54 year old Ukrainian man. At a special Court sitting on 01/01/2018, an order was granted for the continued detention in order to facilitate further investigation.

On 18 December, Revenue officers in Rosslare intercepted a consignment of over 25,000 litres of smuggled beer when a foreign registered truck disembarked a ferry from France. Both the beer and the truck were seized.

On 19 December, 260g of amphetamines, valued at almost €4,000, was seized at Shannon Airport when, as a result of routine profiling, officers searched a consignment in courier freight which had originated in Germany and was destined for an address in Co. Limerick.