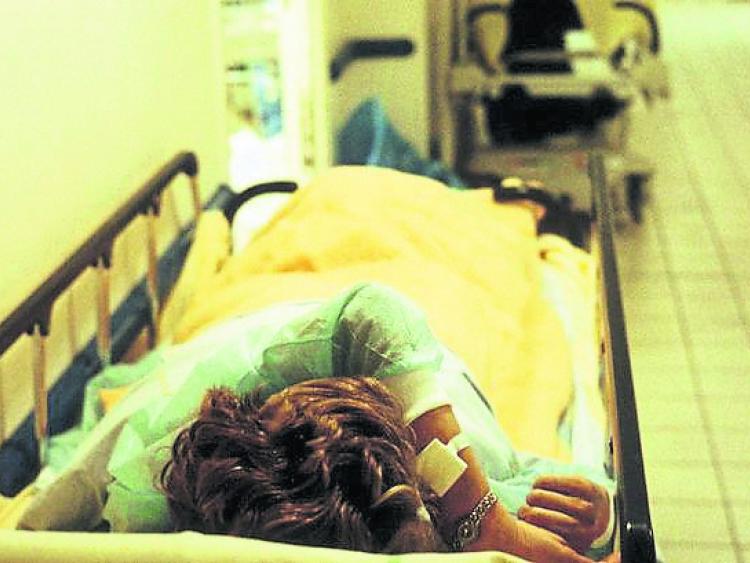 The number of trollies deployed at Portlaoise hospital has almost doubled this week at the Emergency Department as the flu outbreak increased.

The Midland Regional Hospital, Portlaoise have not fared as badly as other hospitals this year but figures from the Irish Nurses and Midwives Organisation reveal that the number has been increasing steadily this week.

On Wednesday, January 10 there were 22 people temporarily accommodate on trollies while waiting for a hospital bed. All were deemed in need of admission. There were 18 waiting on Tuesday and 12 on Monday.

Meanwhile, the numbers also remain hight other hospitals in the Dublin Midlands Hospital Group. There were 26 people waiting on Wednesday in Tullamore hospital while Tallaght deployed 29 trollies. Nine trollies were in use in Naas with just eight trollies needed at the country's biggest hospital - St James' in Dublin.

Nationally 551 trollies had to be used on Wednesday - 407 in Emergency Departments and 144 on wards. Hospitals in Letterkenny, Galway and Limerick cities were worst affected.

The health service Emergency Department Taskforce, met on Monday to consider measures to tackle the current pressures on Irish hospitals.

The meeting was told that all acute hospitals have been advised to make every acute bed available, particularly isolation beds and intensive care beds if needed.  The taskforce confirmed that strict adherence to the agreed escalation policy, all patient flow measures, including cancellation of elective surgery/procedures and utilisation of beds in private hospitals are required.

The HSE public health advisor advised that the impact of influenza is likely to increase this week and peak.