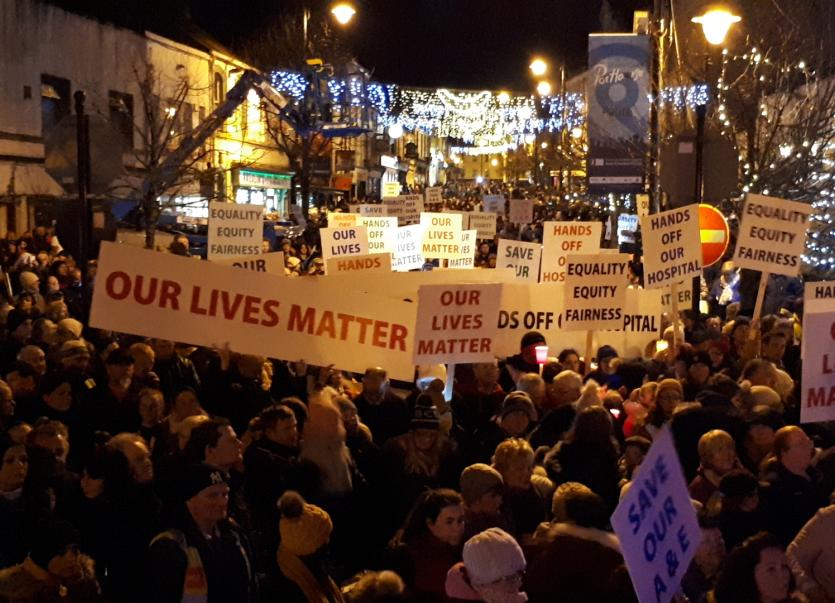 On October 24th 2017 many hearts sank, as we learned of the latest bombshell in the battle for Midland Regional Hospital Portlaoise (MRHP).

Much credit much be given to Brian Stanley (TD) for coming forward with Dr. Susan O’Reilly’s leaked plan, which proposed a major downgrade of MRHP; a downgrade which would see the reduction of emergency department services from 24-7 to 12-7. On the back of a massive public meeting, a new committee was formed to fight the next stage of MRHP’s battle.

A strong campaign began on social media and an out-pouring of appreciation for the hospital began. Social media, local media (particularly the Leinster Express and Midland 103) and national media (RTE’s Prime Time) were effective in raising people’s consciousness about how poor O’Reilly’s leaked plan was from many angles, including but not limited to: methodological, demographical, moral, economical etc.

Town Hall meetings took place all over the county.

Our local Minister for Justice Charlie Flanagan, alongside local TDs, Brian Stanley and Sean Fleming worked to advocate for the Hospital. When the time came, the people of Laois and surrounding areas engaged in peaceful protest by marching in the ‘Light for Lives’ Rally; the biggest public protest in Portlaoise in more than a century.

It was truly a sight to behold and left all involved with a sense of empowerment.

Cynical tactics by the Dublin Midland Hospital Group resulted in the people agreeing once again to come out in force, this time in Dublin.

The threat alone was effective. On the order of Minister Harris, the Launch of the failed plan was cancelled.

This all culminated in the Minister Harris making the following points. He noted that he was now very aware that the aforementioned report contained many problems, the main one being that the HSE failed to consult with those who could inform a workable plan: the medical staff at MRHP and the community.

He decided to take the process out of the hands of the HSE and ordered that the Department of Health engage in consultation. Minister Harris acknowledged the ‘alternative plan’, which the staff at MRHP had compiled, and he noted that this should be considered.

This was a triumph!

That this all happened in only 2 short months is indicative of the amount of work and the huge numbers of people who engaged in the process. The people stepped forward. They raised their voices and they were heard.

We would like to thank everyone involved sincerely for their advocacy and support. We are now in a new year and we are feeling very hopeful. We are in a better place. We believe that the campaign has shone a light on how MRHP has been failed and that for equity to be restored that it should be invested in.

We expect that 2018 will present us with new challenges and we hope that the people of Laois and surrounding areas will meet those challenges alongside us.