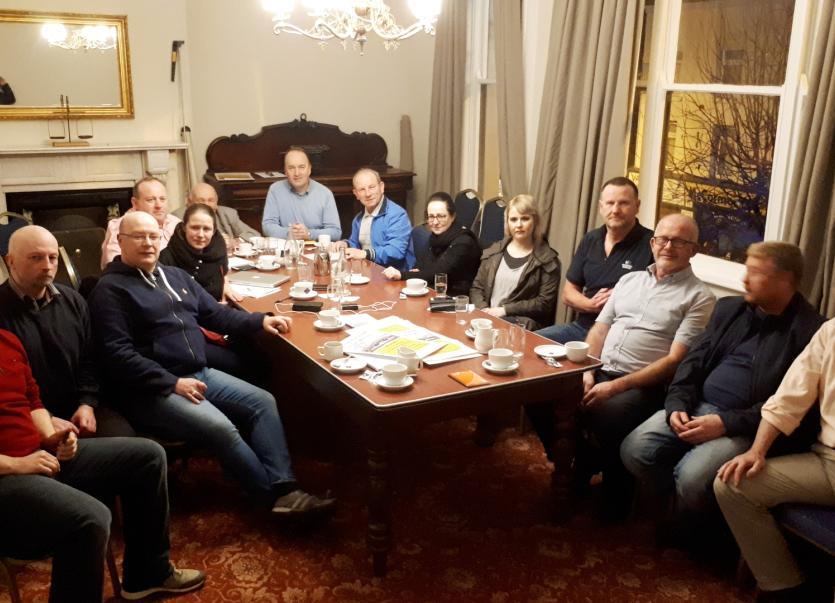 The Portlaoise Hospital Action Committee believes the Minister for Health has wrestled control of decisions the future of Portlaoise hospital from the Health Service Executive.

The committee issued a statement this week in response to an interview Minister Harris gave just before Christmas around the time that he announced he wanted to engage locally on the plan which would see A&E, ICU, paediatrics, maternity and most surgery pulled from the Midlands Regional Hospital Portlaoise.

Minster Harris told Susan Mitchell of the Sunday Business Post that, rather than the HSE undertaking further work on this plan, his Department would "directly engage with the clinical community in the Midlands" asking for their ideas.

"I genuinely feel and I think if any of you talk to people working in the Portlaoise Hospital or indeed providing GP services in Portlaoise that they have ideas about how to make the services safer. They don’t feel they ever got an opportunity to input. So my Dept and I have now decided we are going to directly engage with them," he said.

In an interview with the Leinster Express late last year Dublin Midlands Hospital Group, chief executive, Dr Susan O'Reilly said she wanted to engage with the public on the downgrade plan during its creation. She insisted that the Department of Health requested that such interaction would not take place. The plan was first submitted to the Department of Health in 2016.

Minister Harris claimed he wanted more consultation to have happened.

“We don’t have a good record in relation to reconfiguration in this country. In fact we’re dealing with the impact with not doing it right in many parts of the country including in the Mid West in relation to the fact that a number of hospitals were closed…additional supports were not put into other hospitals,” he said.

Replying to this Action Committee Secretary, John Hanniffy claimed the Minister had taken the fate of the hospital "out of the hands of the HSE".

"We feel that Minister Harris has heard and gives some credit to our claims that the process was not above board. It is as if he has lost some confidence in their mandate, something we asserted early on in this campaign,” he said.

PRO, Eimear Holland said that  "after-the-fact consultation" is merely a tick-box attempt to claim that all voices were involved and taken on board. She said allowing people to disagree with a plan which they know is already set in stone is not consultation.

"Consultation should genuinely seek to give people a voice in order to inform and shape a plan, which will genuinely work for all concerned. Anything less isn’t good enough,” she said.

The Action Committee said it respects and appreciates the Minister’s intention to correct the process and hope that it will be genuine and meaningful, resulting in a plan for Portlaoise Hospital which provides equal access to consistent and equitable health care. They also welcomed Minister Charlie Flanagan’s statement, that Portlaoise Hospital Action Committee would be included in this process.

"We look forward to working with Minister Harris and his team in producing a plan, which is fit for purpose for the people of Laois and surrounding areas," he said.

Last November, the Minister said he would consult locally after reaching an 'agreed position' with the HSE on the draft plan to downgrade the hospital.

Because downgrade is a policy decision, the final call on downgrade wrests with the Minister and because of its implications, the Government.