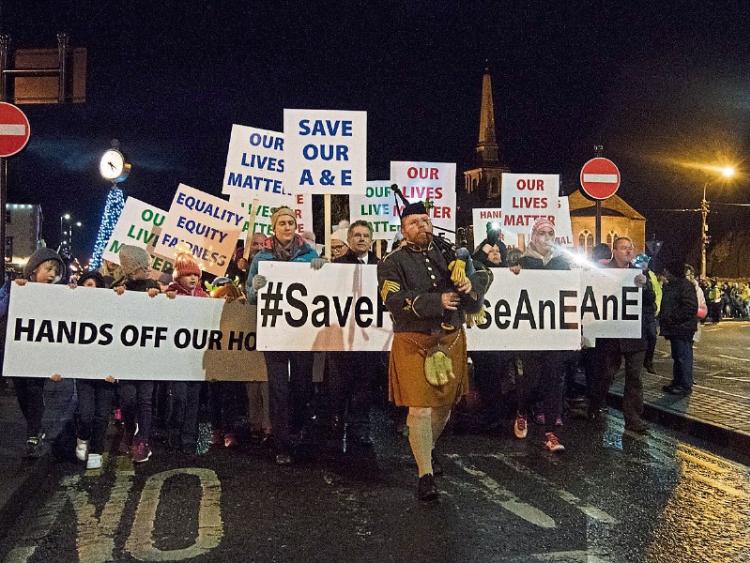 The HSE has been labelled as 'incompetent' and its plan to downgrade Portlaoise hospital in the midst of a trolley crisis as 'ridiculous', according to Laois TD Sean Fleming TD.

The Fianna Fáil TD said nobody was satisfied with the approach taken by HSE management in drafting up the new plan for the Midland Regional Hospital, Portlaoise.

"There had been no proper consultation with the clinicians in the hospital, GP's in the region or with the people who use the hospital and the wider public in the region. Accordingly that report was fundamentally flawed and I am again calling on the Minister to formally scrap this report and to publically say so," he said.

He said the HSE's plan to remove A&E, ICU, maternity, paediatrics and most surgery form Portlaoise could not be seen in isolation from the trolley crisis.

"The country is again in the middle of an A&E trolley crisis including the midland region. Unfortunately, it is little wonder that this is happening due to gross incompetence of the HSE Senior Management.

"When you think about their contribution to dealing with this issue is to produce a report to say to close the A&E Department in Portlaoise can only be described as ridiculous. Such a report has no place in the Irish health system," he said.

Dep Fleming welcomed a report that the the Minister for Health, Simon Harris has stated that he has requested the HSE to step back from their plans to downgrade Portlaoise.

At a meeting on the 15 December 2017 attended by the three Laois TDs, he did confirm that the Department would be taking a direct role.