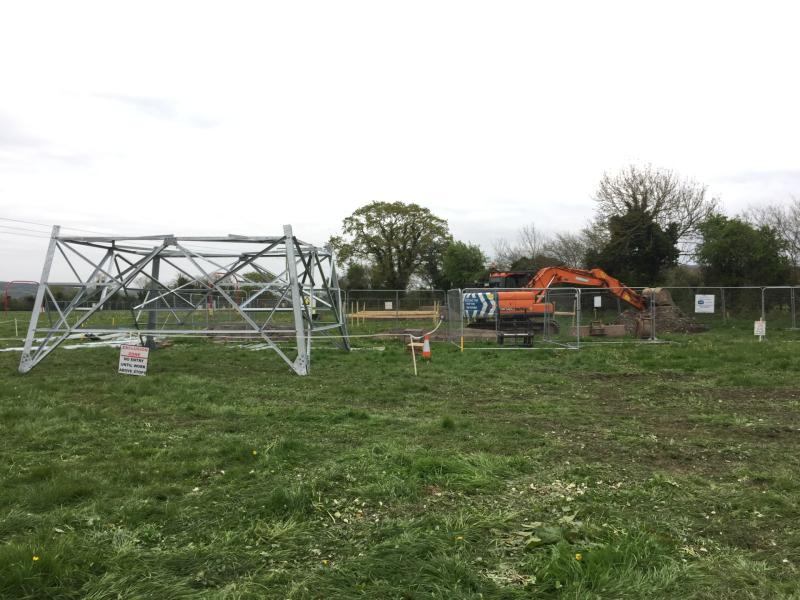 Work carried out with out planning permission by Eirgrid.

The Government Minister responsible for electricity is set to visit Laois to meet that action group that has fought the development of a €110 million power project by Eirgrid.

The Department of Climate Change and Environment has confirmed that Minister Denis Naughten will visit Ratheniska to meet residents who have fought the construction of a large substation and associated infrastructure including large pylons.

The Ratheniska, Timahoe, Spink Action (RTS) Group welcomed that the Minister decisio to the controversial Eirgrid site in person and meet them.

Minister Naughten is due to be accompanied by Cabinet colleague and Laois TD Minister for Justice Charlie Flanagan on Thursday next, January 18th at 4pm. They are expected to meet a delegation from the local RTS Group, who are opposed to the location of any electricity Sub-Station there on health and environmental grounds.

In a statement the action group said local farmers and families, who have battled with the semi-State company for almost nine years over the controversial development, contend that the site works at Coolnabaca have resulted in serious breaches in planning law.

The concerns of the rural community centre on health, landscape and the environment but most particularly that the construction is taking place at the location of a regionally important aquifer, which is the source of domestic water supply for up to 8,000 residents.

When unauthorised works commenced at the site in April of last year, the RTS statement said the community was shocked and incensed.

The community intervention led to the works being halted. Eirgrid subsequently admitted to working with out planning pledged restore the site pending the outcome of a Bord Pleanála process.

The planning breach and the matter subsequently being raised in the Dáil.

All three local TDs, Minister Flanagan along with Deputies Seán Fleming and Brian Stanley denounced Eirgrid and called on the company to not only cease works but the quit the site on foot of their illegal conduct. The RTS Group wholeheartedly support that call and insist that it be adhered to. The residents are glad that Minister Naughten has finally had the opportunity to honour the commitment, which he made at the time of the Dáil debate, to visit the site in person and to address their grievances first hand.

The RTS Group say they have no confidence or trust whatsoever in Eirgrid.

“This sub-station is an unstable, unsafe and unsuitable project at any time on this particular site but it’s all the more grievous when you consider that the original information and proposal by Eirgrid, acting as an agent of the State, was ostensibly a single 110kw reinforcement power line to Ballyragget.

"But with no end to their deceit and conceit what they showed up with are plans for a massive €110 million facility to cater for 17 hi-voltage power lines in and out of this small rural community,” explained an RTS spokesperson.

The action group hope the Minister’s intervention might bring some resolution for them in this long running saga.

EirGrid say the Laois-Kilkenny Reinforcement project is a €110 million investment that will ensure that the electricity network can meet the needs of all users, from homes to farms, and small businesses to industrial customers.

"It is a critical piece of national infrastructure," says the company.

The substation has planning permission but the work carried out last year did not. 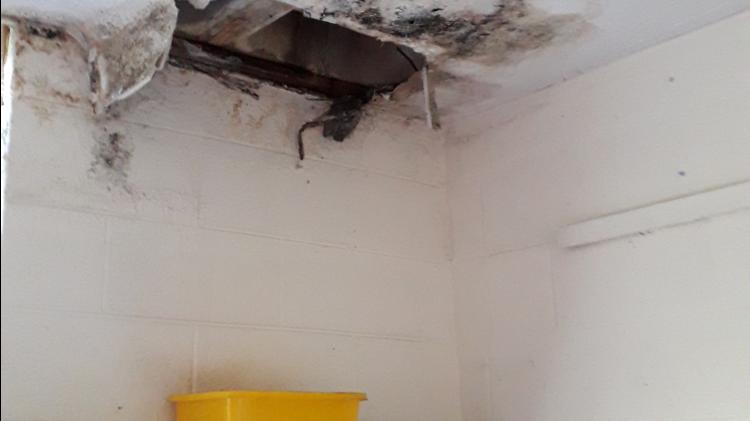