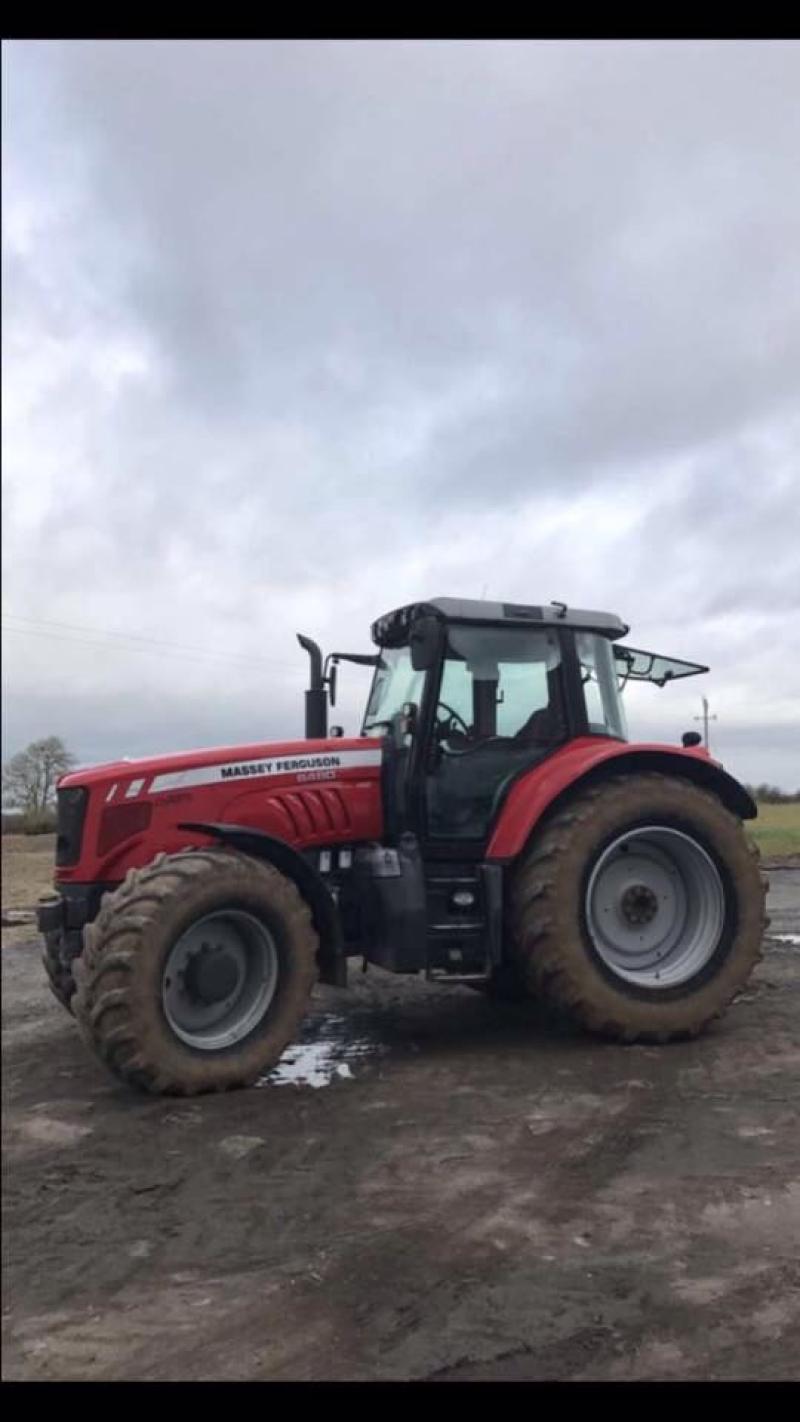 The owners of a tractor that was stolen from The Rock area of Mountmellick last week have said that the hard part about it is that the burglars “knew the lie the land”.

Rory Doyle who was working on the farm all day said that the burglars had “local information”.

“It is very hard to know that someone came into your yard and was able to figure out how to get the tractor out, let up the doors, let back down the doors, cut all the locks, it was someone local that is what we are most annoyed about and will they come back? They know the lie of the land, there was local information,” Rory told the Leinster Express.

A Massey Ferguson 6480 tractor with the reg of 12 LS 1137 with a red Broughan grain trailer was stolen from the farmyard on Friday evening, January 12.

Rory told Leinster Express that the trailer was in the yard to be loaded with meal and brought back to the owner the following morning and the burglars were not expecting it to be attached.

The tractor was stolen between quarter to eight and eight o’clock on Friday evening and was last seen in the farmyard at 7.30pm.

Rory, his brother, his father and another man who had been working on the farm all day were not long gone and still around the general area when it was taken from the yard.

“Me, my brother, another man and my father were in the farm until quarter to six, I went swimming my brother went to the gym and the others went home and the tractor was taken around quarter to eight on that evening.

“We were all gone at that stage but not long gone, we were in the area.

“It was only their luck that they got it because I was on the road heading by the yard at twenty-five to eight and my brother was coming back into town a few minutes later after the tractor was gone, we were very close to it,” he explained.

The loss of the tractor and trailer is worth €70,000 and it is the farm’s primary source of income.

“It is one of our main incomes. The tractor is the primary way of making the income.

“It is everything if we don’t have the tractor we have nothing. That’s what we do, we do hire work and our own tillage farm and between me and my father we have the guts of 280 acres,” Rory told the Leinster Express.

Gardai have followed the tractor through CCTV all the way to Birdhill on the border of Tipperary and Limerick.

The tractor was picked up at Irishtown, Mountmellick on and later in Mountrath, Nenagh and most recently in Birdhill.

“The sergeant from Mountmellick couldn’t have done enough for us, he was ringing us every ten minutes I can’t fault him,” Rory added.

Rory has been using social media to spread the latest updates in the hope of reaching a wide audience.