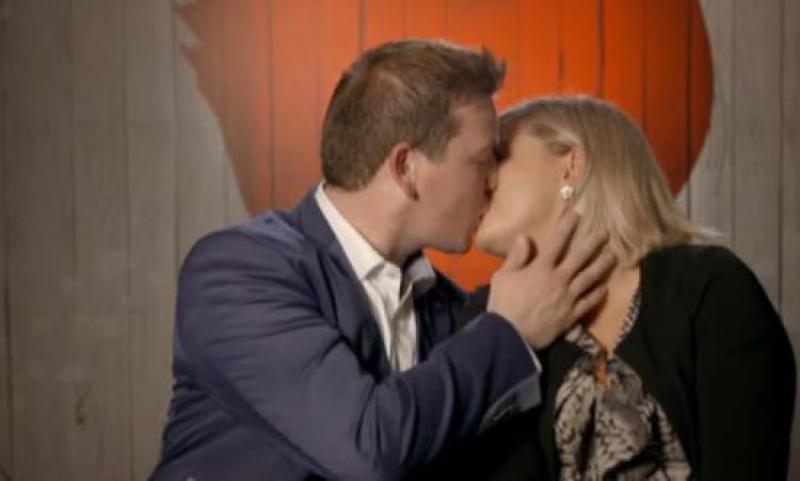 Leinster Express is following the nation's reaction to the Camross character on Twitter where people speak their minds!

Have a look an the tweets so far, this will be updated as the show goes on.

Things can only get better this week..... #FirstDatesIRL

Ten minutes in, Eoin hasn't made an appearance yet but this lad has!

Oysters on a first date… It doesn’t always go DOWN well (or not at all) #FirstDatesIRL pic.twitter.com/gSkdMhWpXh

Modern dating in a nutshell #FirstDatesIRL

How the feck do 20yr olds think they’ve lived such a stressful life, relationships etc. #FirstDatesIRL

Omg that Eton mess, best part of that date! #FirstDatesIRL

HERE WE GO!!! Eoin and Tara related Tweets from here!

FINALLY, a couple that I’m rooting for #FirstDatesIRL

Another vital question to ask on a first date. #FirstDatesIRL pic.twitter.com/ZJxPxsnxKC

I always thought ‘road frontage’ meant you had land that was .. y’know .. facing onto a main road and not away down a raggedy country lane or something.. so .. convenient #FirstDatesIRL

If Tara was a psychiatric nurse that might help. Joking! I’d say they’ll get on. They deserve each other #FirstDatesIRL

Will our own Laois man Eoin get the shift?! #FirstDatesIRL

So, while we're on the ad breaks .... Has anyone seen any good films lately? #FirstDatesIRL

Eoin just shared the news that he was living in Canada when he got a phonemail to say he had a son back in Ireland!

Imagine Eoin. You'll not forget yer missus birthday if you strike gold here but only cos it's also your sons ha ha! #FirstDatesIRL

I don't get the maths of Laois man's kids age... #FirstDatesIRL

Tara broke my heart, how did she get over loosing her baby & love of her life #FirstDatesIRL

Tara and Eoin for the win #FirstDatesIrl

Oh man I want these both of these dates to end well ❤️ #FirstDatesIRL pic.twitter.com/8YmMAIJG17

Eoin and Tara please go on another date #firstdatesIRL

Good to see rural planning being discussed on #FirstDatesIrl #roadfrontage

Eoin and Tara actually listened to each other. Most of the others so far seemed far more keen only to talk, and mostly about themselves. His physical reaction to her tragedy tells you straight away he's a good bloke. #FirstDatesIRL

I have to say, I really enjoy #FirstDatesIRL. Emotional roller coaster #kaper

Read more: Where are Eoin and Tara after First Dates Ireland?

Me every time Eoin and Tara were on screen #FirstDatesIRL pic.twitter.com/hYA7OvA0pc

#FirstDatesIRL need a follow up special on Eoin and Tara ❤️

Ah, feel the first #FirstDatesIRL wedding coming on! The cuteness of Hurlin and football and road frontage .. pic.twitter.com/c26qJkIZ7J

“She’s not a keeper, she’s a kaper” can Eoin have a weekly segment please #FirstDatesIRL

Tara and Eoin! Stop!!! Best episode since my own! #firstdatesirl

"Hurling is a religion where I come from, if ur a young lad, good at hurling, aged ten, ur loved by every man woman and child in the parish, if you're no good you're an orphan and it's as simple as that" -I've never heard Camross described so aptly, well said Eoin! #FirstDatesIRL