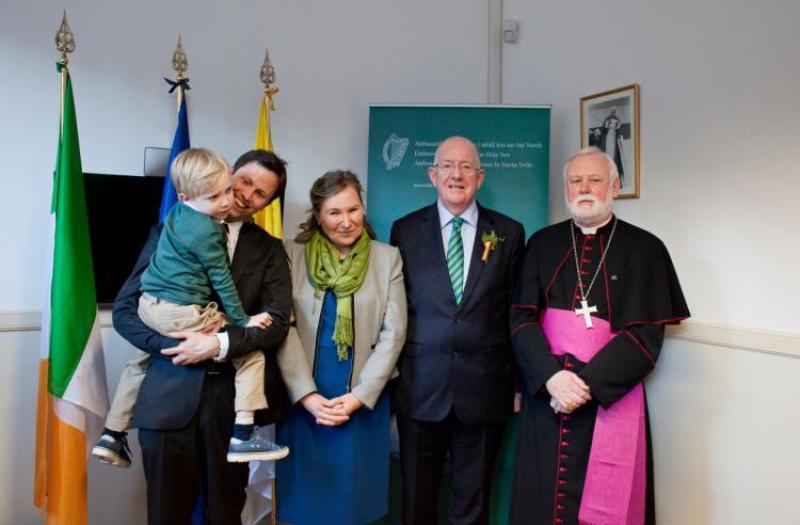 Laois TD and Minister for Justice Charlie Flanagan is set to travel down under to Australia this St. Patrick’s Day.

The trip will form part of the Promote Ireland programme of international events which will see An Taoiseach, Tánaiste and 35 Ministers taking part in over 100 business events and high-level political meetings in 35 countries.

Minister Flanagan's visit will focus on promoting Ireland's interests as Brexit unfolds particularly in terms of new trade opportunities according to a spokesperson for the Department of Justice and Equality.

On his visit, the Laois TD will also promote inward investment to Ireland.

Irish people living in Australia can look forward to the 'extensive engagement' with the large Irish community.

"Australia is, like Ireland, a Common Law jurisdiction, and Minister Flanagan will undertake engagements relevant to his current ministry.

"As Minister for Foreign Affairs and Trade, Minister Flanagan was instrumental in building stronger links between Ireland and Australia. He had several bilateral meetings with the Australian Foreign Minister, Julie Bishop, and hosted her in Dublin February 2017," a spokesperson for the Department said.

The Laois TD had a four day St Patrick’s Day programme and Trade Mission in Milan and Rome last year. During this trip to Italy Minister Flanagan officially opened the new Irish Chancery to the Holy See.

Minister for Mental Health and Older People, Jim Daly will also be heading down under to both Australia and New Zealand this year.

A total of 37 Ministers will take part in the programme to promote Ireland abroad with Transport Minister Shane Ross the only one staying on home soil for the Irish celebrations.

Minister for Higher Education Mary Mitchell TD will travel to UAE while Tánaiste and Minister for Foreign Affairs Simon Covney will visit China and Hong Kong.

“The St. Patrick’s Day period provides a unique opportunity to promote Ireland on the international stage, and to renew the strong bonds between Ireland, the global Irish abroad, and our partners around the world.

“This year, the Taoiseach, Tánaiste, Ministers and Ministers of State, and Chief Whip will undertake comprehensive programmes across countries in Europe, the Americas, the Pacific, Africa and the Middle East, in a truly global celebration of Ireland.  The Ceann Comhairle and Cathaoirleach of the Seanad will also participate in this year’s “Promoting Ireland” programme.

“St. Patrick’s Day provides Ireland with an unparalleled opportunity to promote our political and economic interests abroad, as well as access to key political and business contacts in leading markets around world.

“This year’s St. Patrick’s Day programme will serve as a platform to launch the Global Footprint initiative as announced by the Taoiseach last August.

"This will include high-level goals to double Ireland’s influence and impact to 2025 in terms of promoting our values and our interests, including our economic interests.

"The initiative will reinforce Ireland’s economic progress, and promote Ireland as a leading centre of science and technology, R&D and international financial services, creativity, a competitive location for sourcing goods and investing, and an attractive destination for tourism and study.

"It will also emphasise Ireland’s ambitious approach to international relations, and role as a global citizen.

“St. Patrick’s Day will likewise be an opportunity to reinforce key messages on Brexit, Northern Ireland, Ireland’s campaign to become a member of the UN Security Council in 2021-22and the Irish economy.

"Outreach by Ministers during this year’s programme will help build strategic alliances in the context of Phase II of Brexit and, looking forward, a post-Brexit European Union.

“We look forward once again in 2018 to the greening of iconic international landmarks around the globe in celebration of Ireland’s National Day, as part of Tourism Ireland’s Global Greening Initiative," he said.

See a full list of Ministers and where they will travel to represent the country on St. Patrick’s Day below.