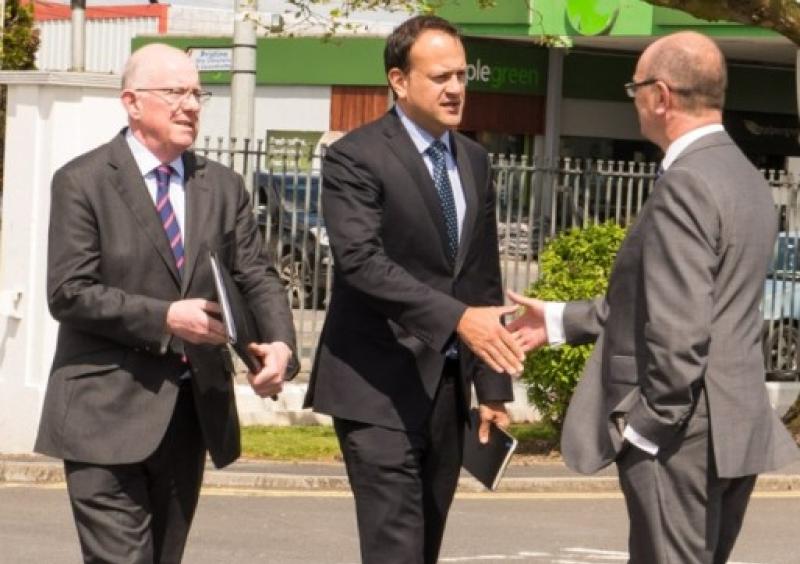 Closing A&Es in hospitals such as Portlaoise was 'the right thing to do', according to Taoiseach Leo Varadkar who also insisted it should only happen if there is adequate capacity in other hospitals.

Labour Party leader Brendan Howlin challenged the Taoiseach in the Dáil about the future of the Midland Regional Hospital Portlaoise and other hospitals in the Dublin-Midlands Hospital Group.

"Is the Government going to close the Accident and Emergency department in Portlaoise hospital and reduce accident and emergency capacity further?" asked Dep Howlin.

The Taoiseach replied: "We do not have any plan to close any Emergency Department in the State, not least because to do so properly, one would need to make sure patients would be adequately provided for in the next centre, the new hospital or the adjoining hospital and that they would have the capacity to deal with the additional workload.

"It is not that it was the wrong thing to do. Clinically, it was the right thing to do. However, one needs to make sure the new central hospitals have adequate capacity to deal with the additional patient loads and evidently they do not. That is something we need to take into account," said Mr Varadkar.

The Fine Gael leader said the bed capacity review indicates that, with reform, 2,500 additional inpatient beds will be needed in Irish hospitals by 2031.

"We would like to front-load that number, but one cannot built hospital wings and new hospitals all that quickly," he said.

Mr Varadkar added that about 190 hospital beds will be added this year.

"We are working to see how quickly we can front-load that number, if possible. It is being worked on as part of the capital plan," he said.